There's reason to believe the hype 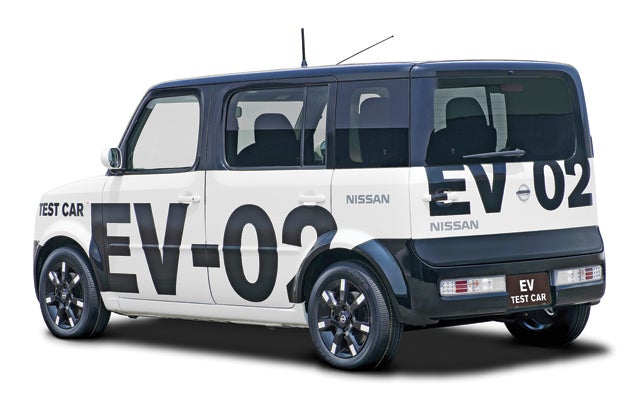 Suddenly electric-car prototypes are everywhere. We’re not talking about the dubious concept cars that have long been a staple of the big international auto shows. These are actual, drivable electric vehicles (EVs) built by major automakers and assigned honest-to-God production dates as early as late next year. Their arrival suggests that this latest, much-hyped electric-car revival might just happen after all. Here’s a look at what’s coming.

The Promise The Volt is an “extended range electric vehicle” that will travel 40 miles on a single charge of a 400-pound lithium-ion battery. After that, a small flex-fuel engine kicks in to power the electric motor.

Status This spring, we drove a Volt “mule” (a Chevy Cruze fitted with the Volt powertrain and found it to be powerful and smooth, performing like a silent version of your standard peppy small sedan. Since then, GM has begun building dozens of prototypes.

Will it Happen? Despite bankruptcy, GM is unlikely to give up on the Volt, the most hyped vehicle in years. It insists that Volts will roll out of factories in November 2010.

The Promise Due out in 2011, Ford’s electric Focus hides 23 kilowatt-hours’ worth of batteries in the trunk and under the seats. It charges in six hours from a 220-volt outlet (12 hours from 110 volts) and drives up to 100 miles per charge.

Status The greatest compliment you can pay an electric car is to say it’s indistinguishable from the gas version, and that’s what early drivers of the electric Focus prototype have reported so far.

Will it Happen? As the only solvent Detroit carmaker, and as the creator of seriously fuel-efficient new cars like the 2010 Fusion Hybrid, Ford’s electric program seems particularly credible.

The Promise Nissan says its five-passenger, pure-electric subcompact car will go into limited release in North America next year and enter global production in 2012. Capable of charging overnight from a 220-volt outlet, the EV-02 will probably have a top speed of about 85 mph and a 100-mile range. The boldest claim is that it will cost no more than your average compact car (think: less than $30,000).

Status Nissan spent much of the spring parading an EV test car—a Nissan Cube fitted with the all-electric powertrain—around the country. Meanwhile, the company has been working with Renault, the entrepreneur Shai Agassi, and various national, state and local governments to encourage the construction of EV infrastructure. Nissan also has a long-standing joint venture with NEC that gives it ready access to lithium-ion batteries, presumably at a good price.

Will it Happen? CEO Carlos Ghosn has said that he wants electric cars to be 10 percent of Nissan’s business by 2015. Getting there will require making these cars as affordable as promised.