Race Cars to Join Motorcycles at the 2010 All-Electric TTXGP

Cars powered by hot-swappable batteries could join motorcycles at next year's all-electric Gran Prix on the Isle of Man. 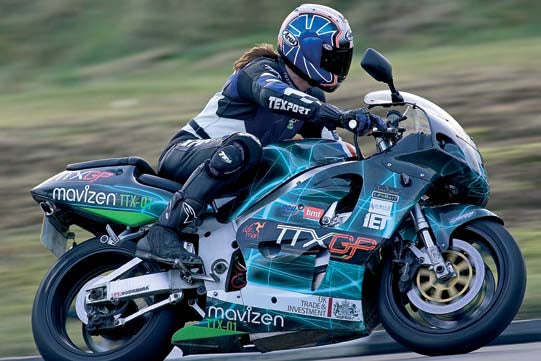 A pit crew swarms around an open-wheel racecar, but instead of hoisting a fuel-fill tank they hot-swap its battery packs and send the driver back into the race. That could be the scene at next year’s TTXGP — an all-electric motorcycle race set for its inaugural running this Friday on the UK’s Isle of Man. The event’s organizers announced this week they were seeking to include four-wheeled vehicles for 2010. Also in the plans are hot-swappable batteries for the bikes, to enable a full two laps around the 37.5-mile Snaefell mountain course on which the race is run.

The TTXGP takes place this Friday, June 12. Word is there isn’t a free wall socket in all of pit lane.