Car of the Auto Industry of the Future: Koenigsegg-Saab Quant

For years, automotive futurists have been waiting on an industry meltdown to re-configure the auto industry. Could Sweden become ground zero? 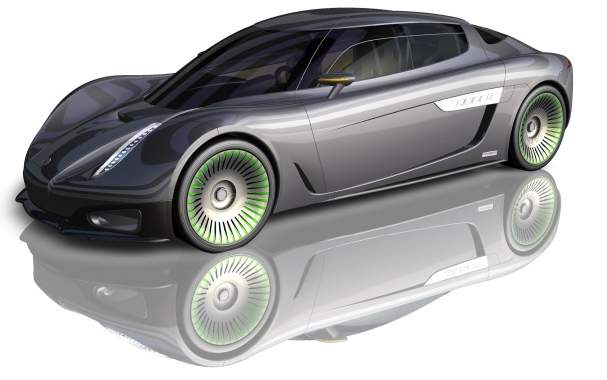 This week, a boutique builder of million-dollar supercars snapped up an established automaker with nearly 5,000 times its yearly output of vehicles. What’s the deal? Is it a matter of super-hubris or another sign of a coming paradigm shift in the auto industry?

Sweden’s Koenigsegg is set to assume control of GM’s struggling Saab division, likely with help from investors and $600 million in financing backed by the Swedish government. But the question remains. Why would a company like Koenigsegg that sells 20 cars a year to the super rich want a company like Saab, which hasn’t made a profit since 2001? On one hand, K-egg co-owner Baard Eker says his company has a plan to save Saab from the dustbin of automotive history. We don’t yet know what that plan is, or if it has any chance at working.

On the other, a report in Swedish newspaper Realtid suggests buying a Saab’s production facilities could be a way to get Koenigsegg’s Quant electric vehicle prototype to market. The Quant is a co-project with Sweden’s NLV Solar AG, whose photovoltaics and accumulator technology inhabit the concept car. It debuted earlier this year at the Geneva motor show as a test platform for a unique propulsion system that combines NLV’s solar tech with an accumulator storage battery the company says can charge up in 20 minutes for a 311-mile range. We’ve yet to see any of this in action, so it’s still grain-of-salt time.

Nonetheless, the pairup could spark the arrival of new business plans using a combination of government investment and cast-off parts of shrinking automakers. Proponents of a new auto industry say by unbundling the giants and incorporating their components into more efficient niche players, new, smaller entities could serve narrower customer groups. The result could be lower prices, better customer service and a wider variety of products.

Realtid says production of the Quant could begin within a couple years, arriving just in time to take on Tesla’s upcoming Model S.