Terrafugia's Transition, an airplane that can drive on the highway, takes off for the first time 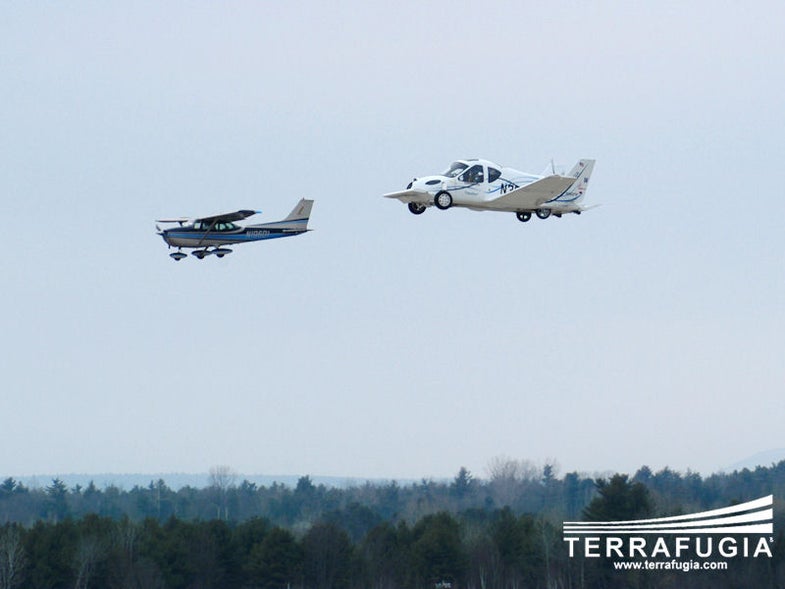 Terrafugia’s prototype roadable aircraft – or flying car – recently completed its first successful flight after six months of road and runway testing. The company announced the flight of the Transition, an aircraft with foldable wings that can drive at highway speeds and fit into the average garage, at Boston’s Museum of Science yesterday, calling the feat a historic milestone in aviation. “This breakthrough changes the world of personal mobility,” says Terrafugia CEO Carl Dietrich. “It’s what aviation enthusiasts have been striving for since 1918.”

We featured the company’s efforts to build the vehicle, and create a viable flying car business, in the October issue, and this long-rumored first test flight is a critical step. Test pilot Phil Meteer called the maiden voyage “remarkably unremarkable” – and the very cautious team kept it safe, as Meteer stayed relatively close to the runway, remaining aloft for a total of 37 seconds. Though brief, the test flight should help to convince the many skeptics who’ve been promised this sort of vehicle for decades that it is, at least, possible. Whether this translates into deposits for the fledgling company is another question, though. Terrafugia has proven that the Transition can drive on the road – see footage here – and take to the air. But will these tests be enough to encourage new buyers? Terrafugia hopes to deliver the first vehicles to customers – 40 buyers have put down refundable deposits thus far – by 2011.