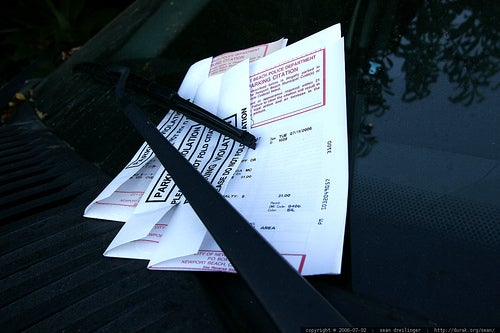 If you thought there was no science behind getting a speeding ticket, you’re right, kind of… It’s probably more of a case of economics. In North Carolina, at least, – where researchers examined 96 counties for a report in an upcoming issue of the Journal of Law and Economics – when local government revenue goes down, ticketing goes up.

Yes we’ve all said it before: public safety isn’t the only motivation for tickets. (Can’t you just give me a warning, Officer?) But now there is scientific proof of that long held suspicion.

The study authors, one from the Federal Reserve and one from the University of Arkansas, Little Rock, found a very small, but statistically significant correlation between a drop in local government revenue one year, and more traffic tickets the next year. If a county got one percentage point less money, they gave out around a third of a point more tickets.

Data was collected for 13 years starting in 1990, and the analysis corrects for demographic and economic differences in the sampled populations, the authors report. Unfortunately, they also found that if government pockets bulk up again, ticketing does not go back down. So in the current economic crisis, and after, make sure you keep your driving wits about you.