More than a decade after the Thrust SSC project exceeded Mach 1 on land, Richard Noble and company plan to go really fast 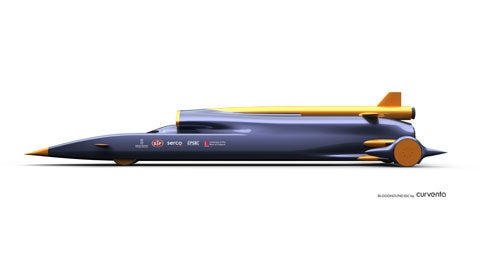 A scale model of the Bloodhound SSC, a jet-powered car designed to exceed 1,000 miles per hour. Curventa
SHARE

Back in 1997, RAF wing commander Andy Green proved breaking the sound barrier on land wouldn’t destroy the universe. Now, a successor to the ThrustSSC, the jet car Green piloted a decade ago on Nevada’s Black Rock Desert, is in the works. Target: 1,000 mph.

“”The 12.8m long, 6,422kg (fueled), jet and rocket-powered vehicle will be more advanced than most spacecraft and faster than a bullet fired from a handgun. Its 900mm diameter wheels will spin at over 10,000rpm, generating 50,000 radial g at the rim. The car will accelerate from 0 – 1,050mph in 40 seconds and at V-max (maximum velocity), the pressure of air bearing down on its carbon fibre and titanium bodywork will exceed twelve tonnes per square metre. At this speed, Andy Green will be covering a distance equivalent to over four football pitches every second, or 50m in the blink of an eye.”

In addition to sponsorship funding from Swansea University, STP, Engineering and Physical Sciences Research Council, Serco and the University of The West of England, the team must raise 10 million pounds, or more than $16 million.

A scale model of the Bloodhound SSC, a jet-powered car designed to exceed 1,000 miles per hour. 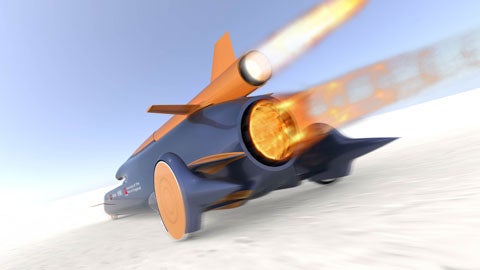 The Bloodhound SSC vehicle is expected to reach Mach 1.4, marking the greatest incremental increase in the history of the World Land Speed Record. 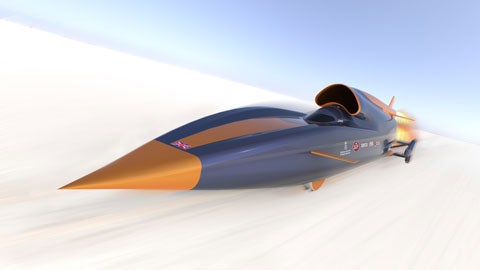 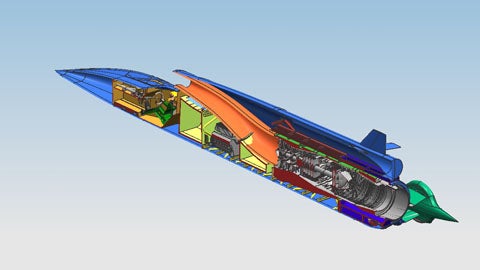 The pressure of air bearing down on the Bloodhound SSC’s carbon fiber and titanium bodywork will exceed 12 tons per square meter. At this speed, pilot Andy Green will be covering a distance equivalent to more than four football fields per second.
Cars
jet cars
land speed record