With promises of production by early next decade, car makers focused their energies on battery power at this year's Paris motor show

Alongside the traditional luxury cars, pricey exotics and thrifty urban runabouts displayed in Paris this year, an eclectic group of electric cars captured the world’s attention. Some represented radical visions for a more distant future, while others are in the production pipeline, and could hit the market by early next decade. Below are some of the standouts, launch the gallery for a further look.

Venturi Volage
Before there was a Tesla Roadster, there was the Venturi Fétish, a two-seat electric sports car best known for its avant-garde design, $400,000 price tag, and association with US chipmaker Intel. The Monaco-based company’s latest model, dubbed Volage, is a next-step prototype and joint venture with Michelin. Propulsion comes from four in-wheel electric motors, developed by the French tiresmith and restaurant-guide publisher. A second set of motors controls the car’s advanced active-suspension system. A touch-screen dashboard provides gizmo control. Venturi says it plans to build a limited run of Volage models at its Monaco workshop in time for the 2012 model year.

Peugeot RC HYmotion4
Why should the world’s luxury-craving, autobahn-cruising executives be left out of the world’s electric-car future? That’s a question Peugeot asks with its RC Hymotion4, an athletic four-door grand touring coupe. Not a full electric car, the Hymotion4 shows off Peugeot’s latest hybrid drivetrain, which combines a 218-horsepower, 1.6-liter gas engine–relegated to the trunk–with a 70 kW electric motor under the hood. Peugeot says the luxo-hybrid can get from zero to 60 in 4.4 seconds, fast enough to leave most European luxobarges by the roadside.

Electric Smart Car
Call it ED, for electric drive. Smart parent Daimler AG touted a new electric Smart Fortwo powered by a lithium-ion battery pack. Smart executives says it’s part of a wider exploration of alternative powertrains, including diesel and hybrid versions of the company’s diminutive city car. Smart says ED can travel 150 miles on a charge, a range the company is confirming as part of a limited rollout that started in London earlier this year. The rollout will extend to Berlin, where a network of charging stations is being installed under the umbrella of a program called eMobility Berlin. Daimler boss Dieter Zetsche told members of the press the company plans to have 1000 of the EDs on streets around the world before the end of 2009.

Pininfarina B0
It’s the long shot of all long shots. Pininfarina, the Italian design firm best known for penning iconic Ferrari models, is betting its future on a small, all-electric urban hatchback. It’s part of a deal struck with French corporate raider Vincent Bolloré, who recently convinced the indebted Pininfarina’s family of owners to give up part of their stake in exchange for an infusion of capital. (Bolloré’s industrial conglomerate just happens to own a battery business.) Thus was the corporate crucible in which the B0 — that’s B Zero — was forged. Pininfarina says the B0 can travel 153 miles on a charge–by way of Bolloré’s proprietary lithium polymer battery technology, a combination of batteries and supercapacitors–and has a top speed of 80 mph. The two companies created the B0 with mass production in mind; the first models expected to arrive by the end of 2009.

Renault ZE Concept
Based on Renault’s Kangoo MPV, a brisk-selling carrier of fútbol moms and cable guys, the Renault ZE Concept showcases Renault-Nissan’s coming electric powertrain. That is, a 70kW electric motor running on lithium-ion batteries and delivering 166.7 pounds-feet of torque. The ZE concept maximizes available electric power by reducing the voltage draw of other systems that require electricity, like climate control and lighting. The body is layered in heat-reflecting paint and insulated like a Thermos bottle, headlights are power-saving LEDs, and aerodynamic drag is reduced by replacing side-view mirrors with cameras. The navigation system makes liberal use of a cell phone, eliminating the need for an on-board computer. Renault says it’ll bring its first electric cars to market by 2011.

Nissan Nuvu Concept
Following the assumption that European urbanites are best positioned to benefit from an electric car, the Nissan NuVu could be among the company’s first all-electric models. More likely, it’s a clever way to hint at the company’s next generation of its popular (in Europe) Micra minicar. Either way, the Nuvu is propelled by a direct-drive electric motor turning the front wheels. The Nuvu also gets green style points for a solar-panel roof whose cells resemble leaves, which feed power by way of a “trunk” cable. We’ll have what they’re smoking.

DuraCar QUICC! DiVa
A mouthful of consonants, the DuraCar QUICC! DiVa is designed as a green-friendly delivery vehicle for cramped European cities. Formerly dubbed the more succinct “Innovan,” the Dutch EV is made from recyclable plastic and will be motivated by an electric motor and either lithium-ion phosphate or bipolar lead batteries. The DiVa also gets an on-board, direct bio-methanol fuel cell, presumably to power the auxiliary electrical systems. DuraCar says the DiVa–or “distribution van”–isn’t just a show queen; German automobile builder Karmann has been tapped to handle mass-production duties.

Tang Hua XY08 Chika
China’s Tang Hua created a spectacle at the Detroit auto show last year with an oddball pair of electrics, painted bright yellow and quaintly badged “Book of Songs” and “Detroit Fish.” The company made a far less flamboyant showing in Paris, choosing a cool blue for its XY08 Chika. This droplet of a car won’t win any awards for swiftness; it’s a limited-use electric that tops out 31 mph. And with a five-horsepower motor and a range of 93 miles, it’s best kept safely inside the walls of a planned community.

Joule MPV
For its first electric car, South African tech startup Optimal Energy teamed with Keith Helfet, stylist behind the Jaguar XJ220 supercar. The result is a design-forward people mover with seating for six and a range of 125 miles on a single battery pack, or twice that with two packs installed. Optimal says the Joule, named for a unit of electrical energy, will come with two powertrain options, in-wheel motors or traditional electric drive. The company is targeting 2010 for the first production models. 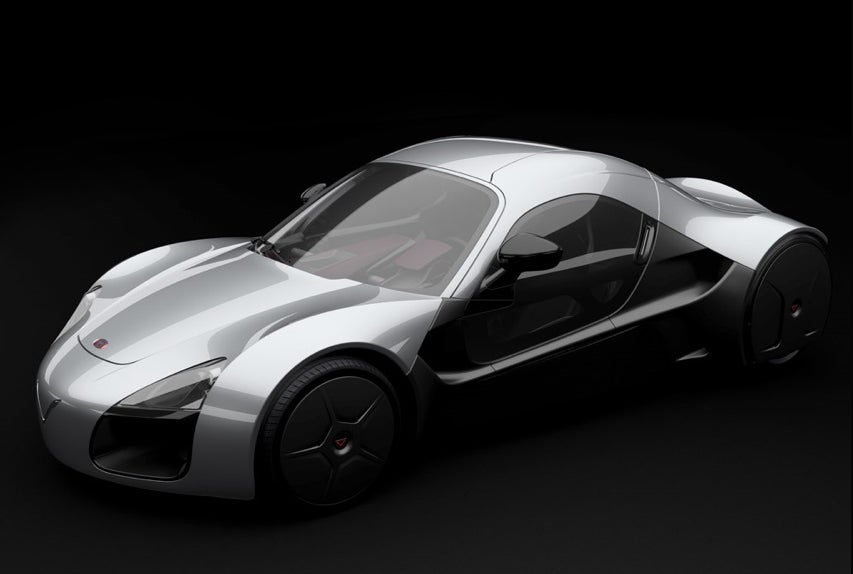 Monaco-based Venturi showed off its latest electric sports car, the Volage, at the Paris motor show. A joint venture with Michelin, the Volage is propelled by four in-wheel electric motors. 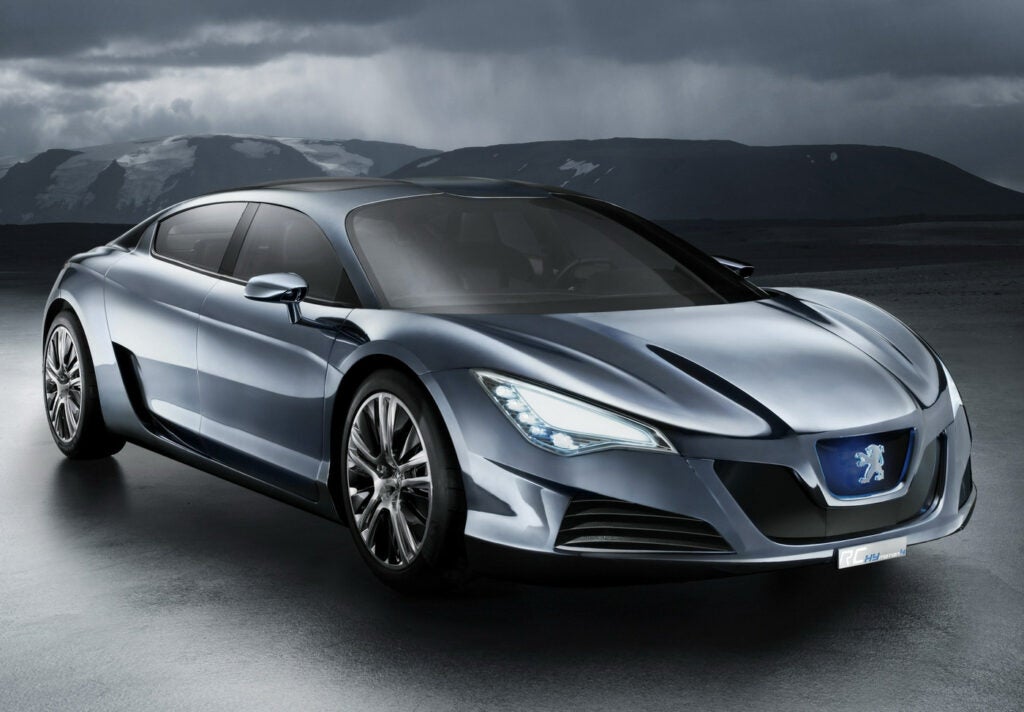 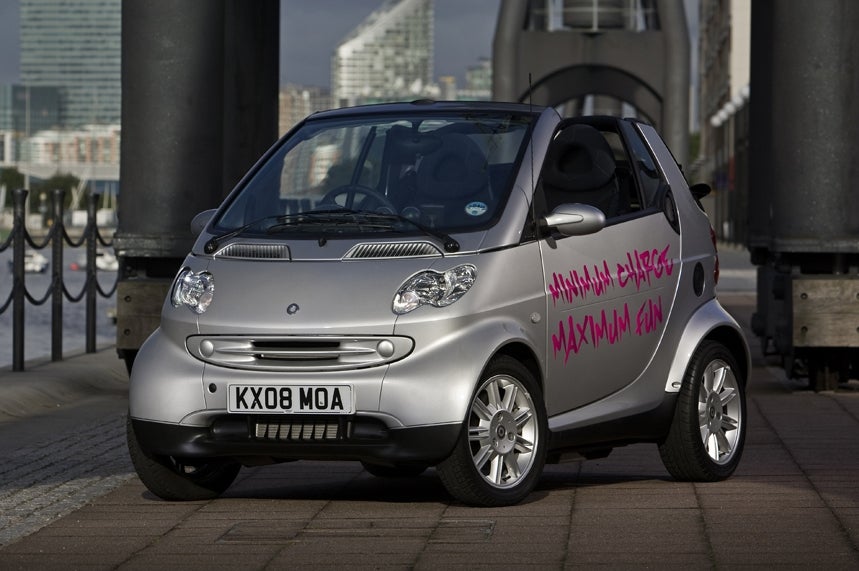 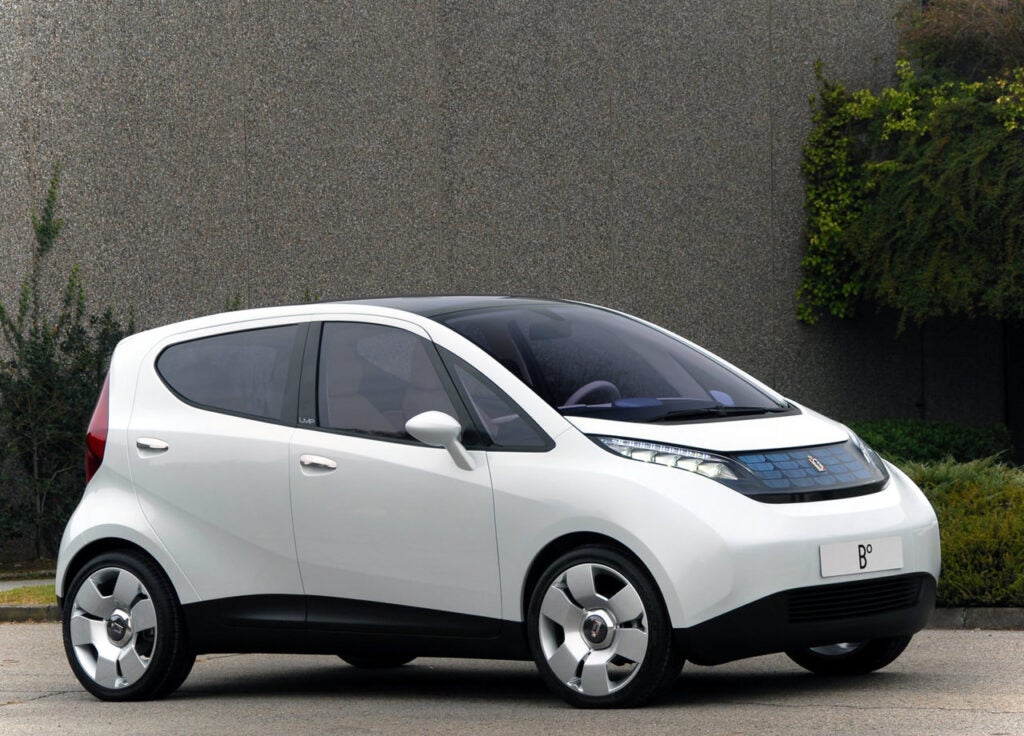 Pininfarina, the Italian firm best known for designing iconic Ferrari models, is betting its future on an all-electric urban hatchback called the B0 (B-Zero). 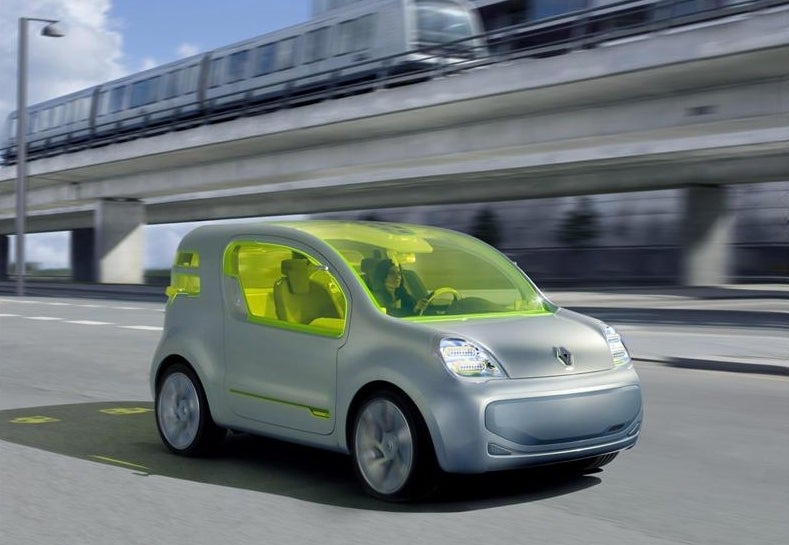 The objective of Renault’s ZE prototype is to maximize available electric power from the 70kW electric motor by reducing the voltage draw of other systems. 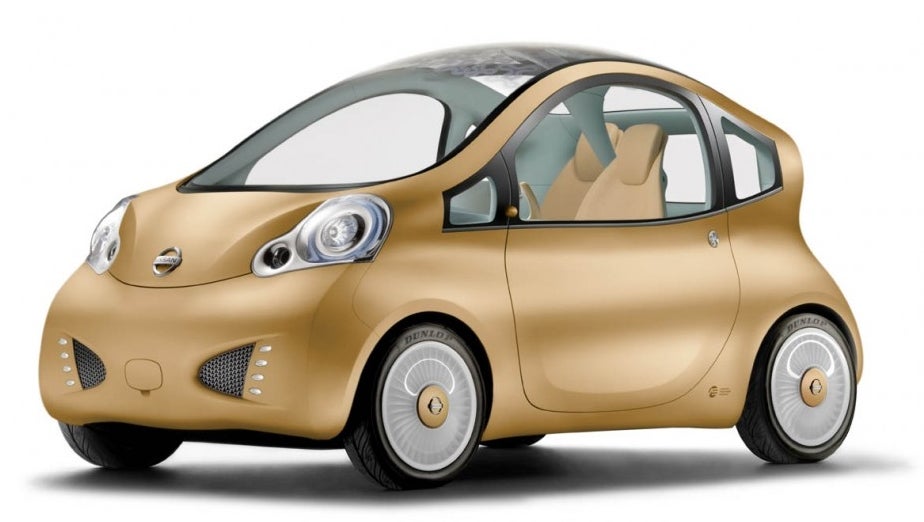 The Nissan Nuvu, which hints at the company’s next-generation Micra minicar, gets eco-friendly style points for its roof-mounted solar-panel whose cells resemble leaves. 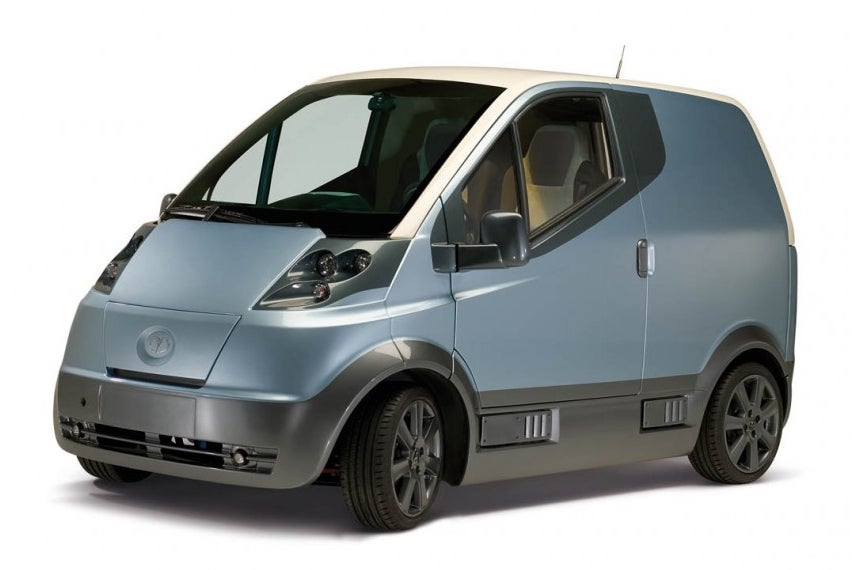 Formerly the “Innovan,” the DuraCar QUICC! DiVa, or distribution van, is a green delivery vehicle for cramped European cities. 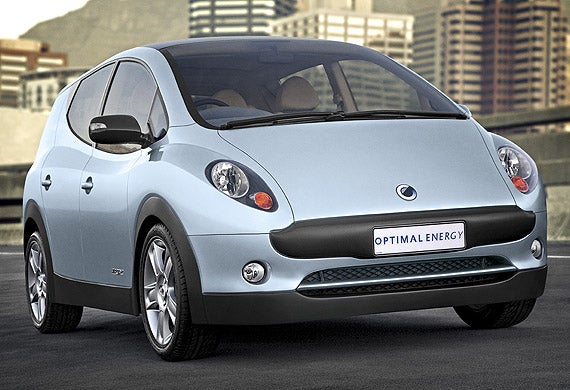