Diesel on a Diet 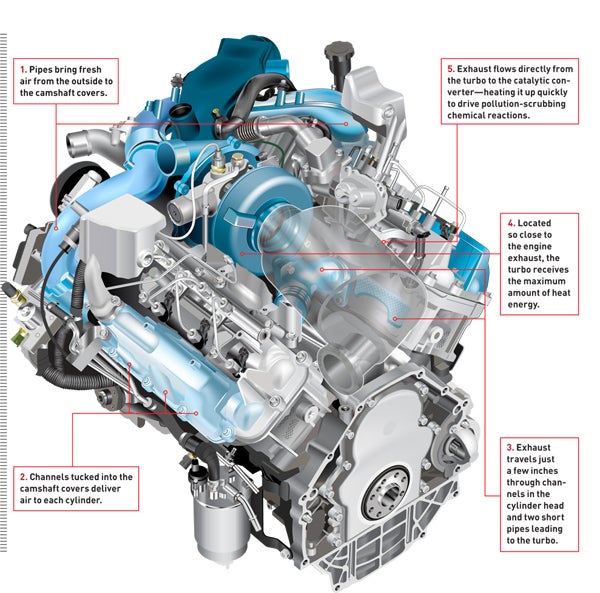 To make its Duramax 4.5 diesel cleaner and leaner, GM turned traditional engine design inside out and dumped 70 parts.

The biggest change was flipping around the exhaust system to direct hot gases through short pipes toward a central turbocharger and catalytic converter inside the “V” of the engine. This compact design harnesses more exhaust heat and requires fewer components than conventional V8s, which send exhaust through long manifold pipes that protrude from each side of the engine, taking up more space and losing heat before they reach the turbo.

GM also eliminated the intake manifold pipes that deliver air to the engine. Instead, air flows through the overhead camshaft covers, down to the combustion chambers.
The Duramax 4.5 engine debuts in the 2010 Chevy Silverado and GMC Sierra pickup trucks.