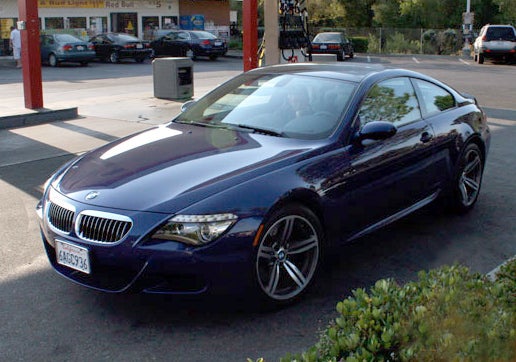 California’s Central Valley, that blistering flatland of artichoke fields criss-crossed by the occasional four-mile straightaway, would seem the perfect place to open up a big engine. But as I arrived in Davis, California, on the day my parents moved there from Seattle, I was hit with the sudden realization that I had, in fact, chosen the perfectly wrong trip on which to test BMW’s monstrous M6.

Davis, it turns out, is possibly the bike-friendliest town in the nation.

It boasts the greatest number of bike lanes per capita of any American city, and the students and professors of UC Davis are the backbone of a daily parade of thousands of citizens whizzing and dinging between farmers’ market and campus center, campus center and kindergarten. As a daily cyclist on the very un-bike-friendly streets of New York City, I smiled to see these happy, helmetless denizens safely pedaling their frisbees and picnic baskets and children to and fro.

But sitting at the helm of a V10 supercar, I wanted them to just get out of my frickin’ way. 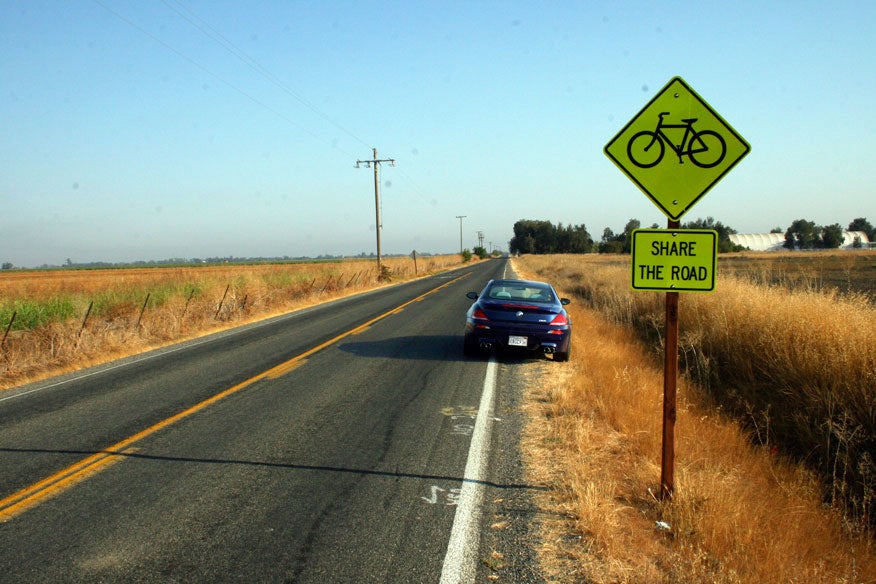 A morose M6 in the land of plenty (of bikes).

The car is perhaps best-known for the small button on the steering wheel marked “M”. Until I was out on the highway, I’d already been impressed by the incredible power and control of the M6. No turbolag, no shimmy in the back wheels, and even though at the middle of each gear the RPM is about 1000 revolutions higher than I’m used to, the car accelerated and decelerated smoothly when I wanted to avoid making my wife sick. It turned out, however, that I’d had the thing in granny mode. Punching that modest “M” turns a 400-horsepower sportscar into a 500-horsepower shotgun. Suddenly you hear the whine of extra air being pulled through the wheel wells and into the mix, and you realize there’s far, far more acceleration at your disposal than you could possibly use.

But I just couldn’t find a place to try out this exquisite machine. Every time I rounded a corner, praying for a straightaway, there’d be some nice agriculture professor and his family pedaling to soccer practice, or a young couple on a tandem bike headed for the community pool. I probably spent more time yanking the six-speed manual transmission between first and second than any other reviewer who’s driven this car. And it takes a certain amount of skill, I found, to drive past a young eco-minded family without making the engine roar in an embarrassing, decidedly non-eco-friendly way.

I did not, however, entirely squander my opportunity. After downing some coffee at midnight I drove it to a long, empty road a few miles outside of town. And that’s where I realized that while power and speed are available in any number of American monsters, it takes a BMW to make the experience of touching 100 miles per hour so, well, relaxing. The only thing reminding me that driving such a powerful car isn’t normal was the heads-up display, which allows you to keep your eye on the road while you watch the numbers on the readout frantically try to keep up with your speed. But that was the only indication that I was doing anything unusual. As it happens, the subtle grip of the leather seats, the weight and balance of the pedals and the unerring aim of the car make dropping the hammer on an M6 no more anxious an experience than riding a bike.