With less aerodynamic drag than a Toyota Prius, the Hinterland 1 concept car could redefine people-moving in the north country. 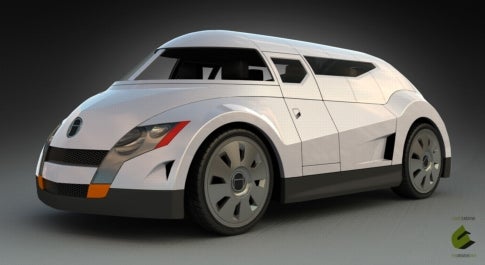 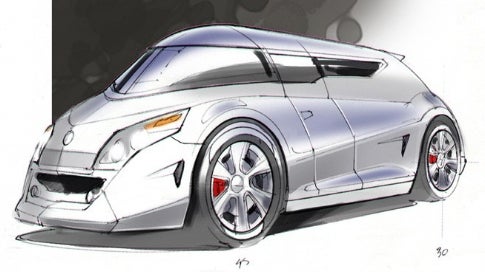 It has the profile of a Toyota Prius interpreted by the late Maxime Faget, designer of the Space Shuttle. It’s the Hinterland 1, a conceptual all-electric minivan with a drag coefficient of less than 0.25 (the Prius’s is 0.26). And if its designers get their way, it’ll become a Canadian icon on par with the CN Tower, Geddy Lee and Poutine.

Chief designer of the Hinterland 1 is a veteran of Québec-based Bombardier Recreational Products, maker of the Sea-Doo watercraft, who says the project “combines sources of artistic, technical and scientific expertise” from recreational vehicles, electric motors and batteries, aeronautics, aluminium, plastics processing and video games. In theory, the sculpted body would comprise an aeronautical-style aluminum monocoque, fashioned by the same hydroforming process GM uses to create body panels for its curvy Pontiac Solstice roadster. A drive system proposed by electric-car startup Higgins-Aubé would involve a 43 kW-max motor (14kW continuous) powered by Li-ion or Zebra (Sodium Nickel Chloride) batteries with a maximum power of 37,000 kilowatts. Designers envision two models built on the same platform, a two-seater “Mini” and the six-person “Van.”