Vacuuming Up the Competition 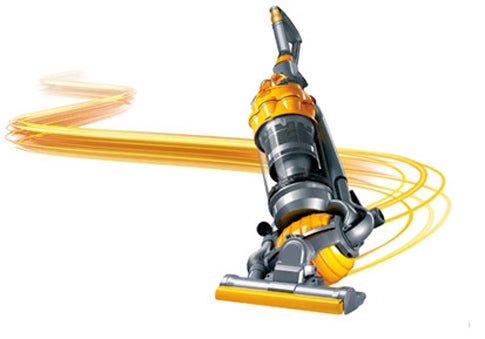 British industrial designer James Dyson made a fortune turning a pedestrian household appliance into a fashion item for suburban strivers. Box-store shoppers recognize his bagless vacuum cleaner by that future-sexy, ultra-maneuverable yellow orb that stands in for wheels. Now, according to the UK’s Daily Mail Dyson is turning his attention from closet to garage: his firm is reportedly developing an electric car.

The engineering team is reportedly at work on a lightweight electric motor that can propel a family vehicle at highway speeds. Dyson foresees using a combined system that includes a battery pack, an electric-motor similar to those in his vacuum cleaners and hand dryers, and solar panels to be the best solution for a daily, emissions-free driver. The Daily Mail reports Dyson will likely work with an existing carmaker like Honda rather than market his own vehicle. But considering his consumer-product cred, such a pairup may not be the best idea.
A recent study from Auto Futures Group/TechnoMetrica discovered that, if gas were $6.00 a gallon, many buyers would consider cars built by non-automotive companies: 68 percent would consider a car from General Electric, 43 would consider a car from Dell, and 34 would consider a car from Google.

Dyson has already convinced American consumers to spend $500 on a bagless vacuum (and once convinced tech-hungry Japanese to buy a model that cost $2,000); maybe he should be the one marketing $30,000 electric cars.

Via Daily Mail via Jalopnik