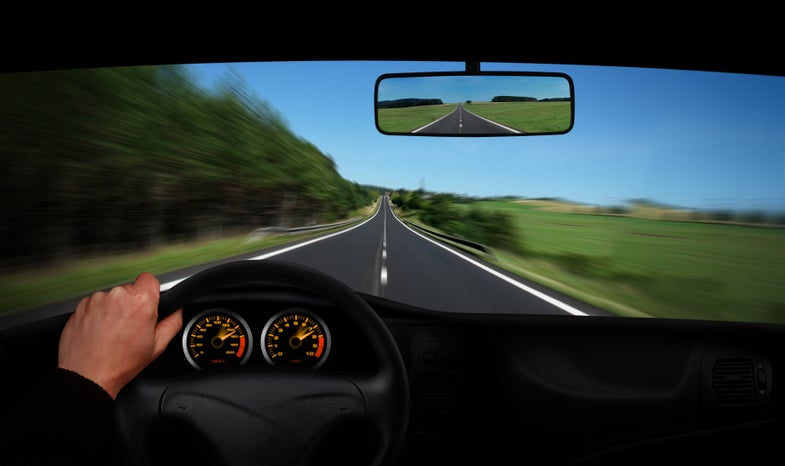 As the host of one of the oldest and most famous racing events in the world, Indiana has always been known for fast cars. For now, those cars are still stuck on the racetrack, but a new study in the journal Transportation Research Record claims the roads are no more dangerous when motorists drive at Andretti-like speeds, providing further data in support of an American autobahn.

The study, conducted by researchers at Purdue University, looked at rural Indiana highways that raised their speed limits from 65 miles per hour to 70 miles per hour. Using the data of accidents along those highways from 2004 and 2006, the researchers determined that raising the speed limit did not raise the probability that a driver would suffer a serious injury in a car crash.

The study also looked at non-interstate multi-lane roads that went from a 55 mph speed limit to a 60 mph speed limit, but did not produce any significant data about those slower roads.

The report runs contrary to a wealth of data that contends lowering the interstate highway speed limit to 55 miles per hour to comply with 1974’s Emergency Highway Energy Conservation Act contributed to a significant decline in death and injury on America’s roads. So while the jury is still out on whether or not that crucial five miles per hour imperils the nation or saves valuable commuting time, it’s nice to know Hoosiers don’t need to worry as much about injury when opening up on their newly fast highways.