Masters of the Pit (Crew)

When a race comes down to fractions of a second, you better believe the time it takes to change a tire matters 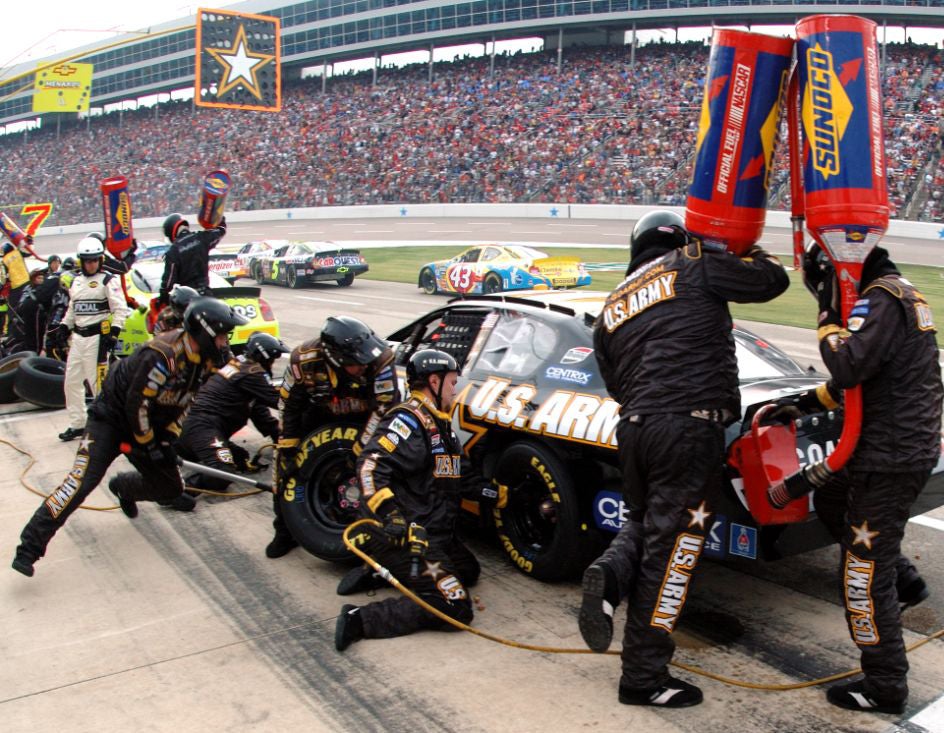 The Crew at Work

The race may not always be to the swift, but, like Damon Runyon said, “that’s the way to bet.” With auto races often decided in the space between seconds, every fraction saved during pit stops is time in the bank. That means race teams’ pit crews are as much a component to winning as is a set of tires, an engine or the driver. Tomorrow, the best crews in Nascar’s Sprint Cup series will square off at the Sprint Pit Crew Challenge in Charlotte, NC. Twenty-four teams will compete over the whine of air wrenches for the title of fastest pit crew in the business.

In honor of the event we present Did You Know: Pit Crew Edition.

All that just to go around it circles. Apparently it’s not as futile as it looks.

Via The Wall Street Journal