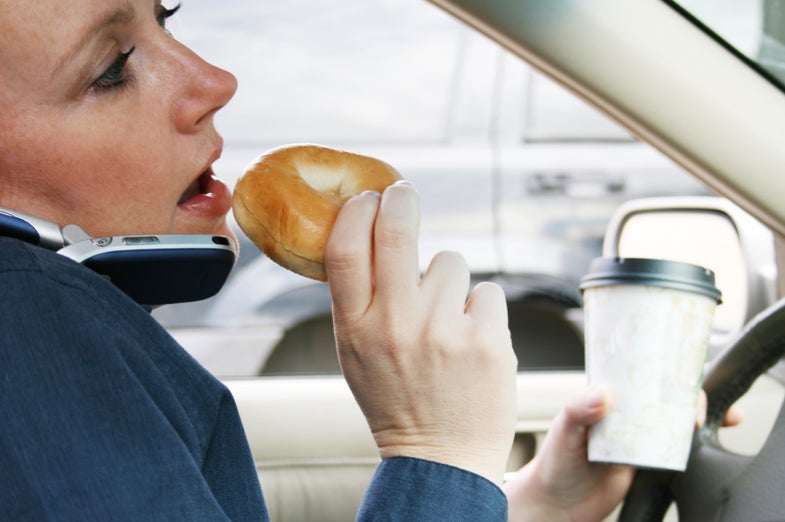 Nearly 80 percent of all automobile crashes happen within three seconds of the driver having been distracted, according to the National Transportation Safety Board. That’s distraction of any kind, from adjusting the radio, to drinking coffee, to using a cellphone; even to having a conversation with the person in the passenger seat. It seems fancy technology isn’t necessary to take a driver’s mind off the road. Neuroscientists at Carnegie Mellon University have discovered that when people combine familiar and relatively automatic tasks, like driving and listening to a conversation, the less rooted of the two receives a lower portion of neural attention from what is proving to be a limited amount of brain resources.

Because language comprehension is something we learn at the earliest ages, it takes the lion’s share of our processing power, leaving our minds prone to error while we multitask with driving. The scientists believe this phenomenon applies in some measure to any activity combined with driving. Cellphone use is an especially egregious case, because proportionally more focus is required to convey meaning and social graces in a conversation in which the driver cannot use visual cues.