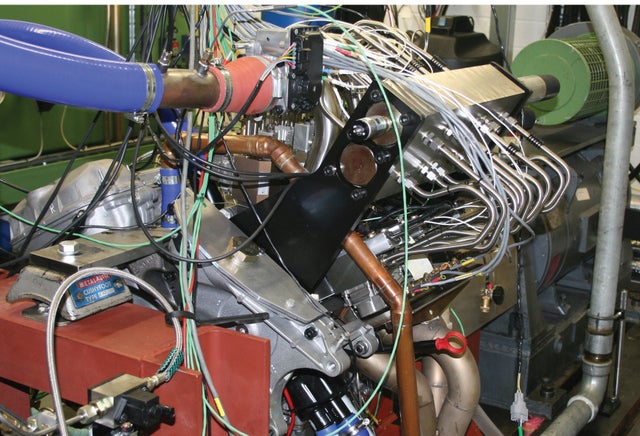 Earlier this month, we told you about an alternative oil for 2-stroke engines made from beef tallow. As you may remember, 2-stroke engines are tiny and powerful, but inefficient and heavy polluters. For years, engineers have tried to combine the efficiency of a 4-stroke engine with the power of a 2-stroke, only to come up short because the technology was simply not yet advanced enough. A team of UK researchers have finally solved that puzzle with a prototype they call the 2/4SIGHT.

It is a 2.1-liter V6 that performs like a 3 or 4-liter V8 and cuts fuel consumption and emissions by nearly 30 percent. The key to its success is a sophisticated system which controls each hydraulic valve. All the cylinders can be operated independently in any of the engine’s three modes—4-cycle, 2-cycle, or transitional—which means uninterrupted torque output. Plainly put, you can jam on the gas to get up a steep hill in 2-cycle mode and the engine will determine when to switch to 4-cycle as you crest, only you won’t feel a thing.

The other benefit of an engine with 2-cycle capabilities is that it is much simpler mechanically and therefore less expensive to produce than a standard 4-cycle engine. While the 2/4SIGHT has passed its lab tests with flying colors, it has yet to be put in a vehicle and be tested on the streets.