GM reinvents carbon fiber to dress up the Corvette ZR1 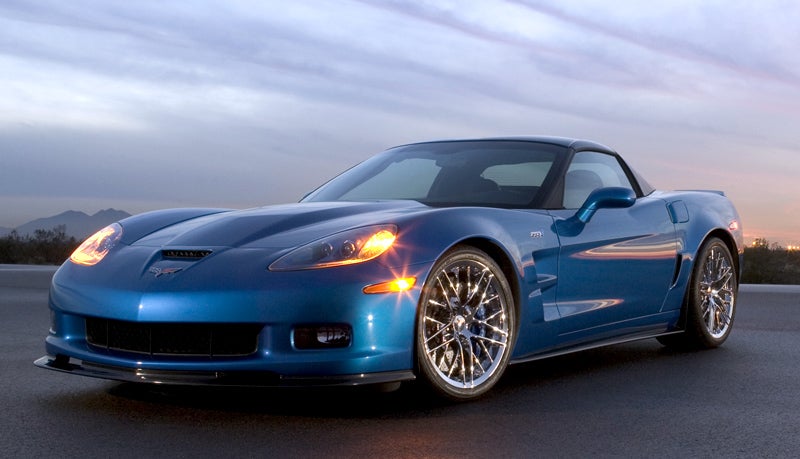 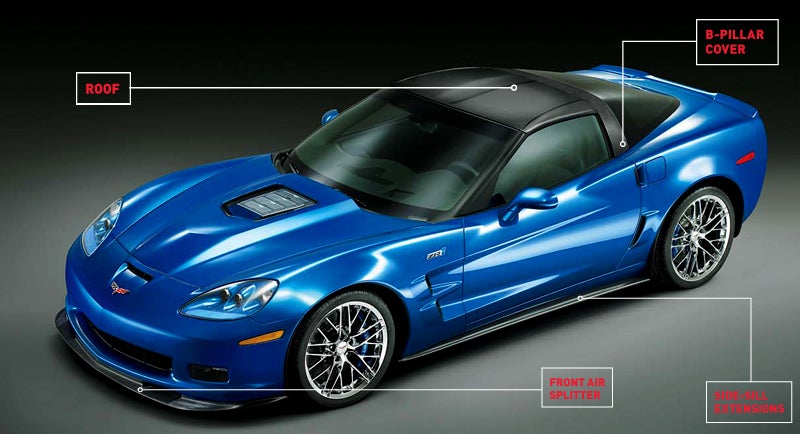 These carbon-fiber panels are coated in a clear paint that wards off damaging sunlight.

After spending $100,000 on a car, you don’t expect the lightweight carbon-fiber trim to turn yellow and peel in the sun. But that’s the downside for carbon fiber with clear-coat (instead of colored) paint, as GM found when testing materials for the 2004 Corvette Z06 Commemorative Edition. So the company redesigned the clear coat and the epoxy resin binding the carbon fibers in the roof and trim of the 2009 Corvette ZR1.

Standard clear-coat paint lets ultraviolet light reach the epoxy, causing it to discolor. GM engineers added a benzene-based powder to the paint to block the lower-frequency part of the UV range, and they created an epoxy that won’t degrade under the higher frequencies. Unfortunately, the new clear coat has its own yellow tinge, but GM developed what it calls an “offset additive” to shift it back to a neutral hue.

Although the technology isn’t cheap—the half-gallon of paint on the ZR1 costs nearly $1,000—GM is patenting it for other uses. So even if you can’t drop 100 grand on a car, you may see the benefits in somewhat less expensive products such as tennis rackets. 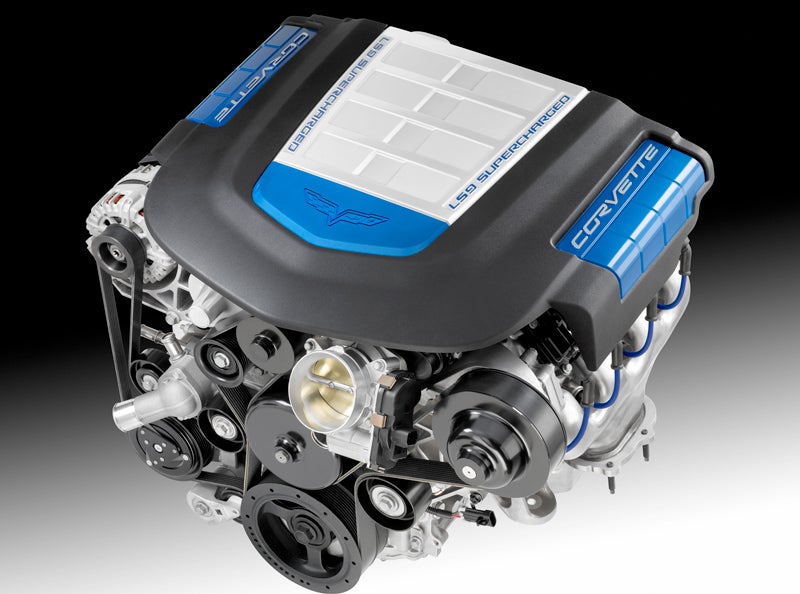 The innovations in the 2009 ZR1 are more than skin-deep. According to GM, the first supercharged V8 engine in Corvette history should pound out greater than 620 horsepower, propelling the car to beyond 200 mph. GM had to reengineer the transmission with new gears, shafts and housings to handle the engine’s estimated 600 pound-feet of torque, and it added wider tires to hold the road. With the new drivetrain and components such as carbon-ceramic brake rotors and those carbon-fiber body panels, the ZR1 should trump the $308,000 Ferrari 599 GTB Fiorano on power-to-weight ratio, acceleration and top speed.
Vehicles
april 2008
Cars
corvette