Not All Fuel Standards Are Created Equal

The newest federal fuel mileage regulations affect car manufacturers differently—so what does that means for companies like Porsche? 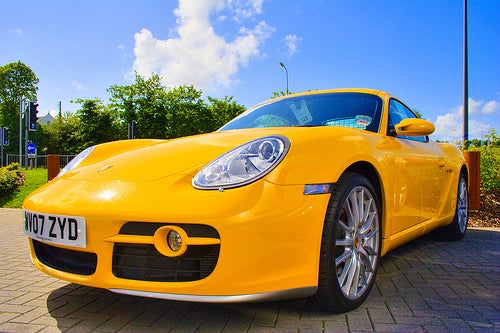 Could new federal fuel mileage regulations kill sports-car specialists like Porsche? Probably not, but those companies may have to pay heavy fines as the cost of doing business or radically change their US product mix. That’s AutoWeek‘s interpretation of new rules proposed by the Department of Transportation’s National Highway Traffic Safety Administration.

The agency’s plan would regulate fuel efficiency of automakers’ cars and trucks on two sliding scales, one based on the length of a vehicle’s wheelbase, or “footprint,” the other on the number of vehicles an automaker sells. Each carmaker would be assigned its own standard, depending on how many cars and trucks of each size it sells. For instance, a carmaker that sells a significant volume of large vehicles would be assigned a lower target mileage number than one, say, Porsche, that sells predominantly short-wheelbase cars.

As such, the rules favor large automakers with diverse lineups, like Toyota, GM and Ford, over smaller luxury brands that offer fewer, higher-powered cars. Overall, the relative increase is highest for the smallest vehicles. A couple of observations from AutoWeek:
_
Porsche cars would have to average 41.3 mpg in 2015—about 7 mpg better than Toyota, Lexus and Scion cars collectively._

For 2015 model trucks, GM–which generally has bigger pickups and SUVs—would have the lowest standard among the six biggest companies, at 27.4 mpg. Honda trucks would have the highest standard, at 29.6 mpg. Today, trucks must meet a fuel economy standard of 22.5 mpg.

The NHTSA is taking public comments over the next two months. A finalized set of rules will be adopted by April 1, 2009.