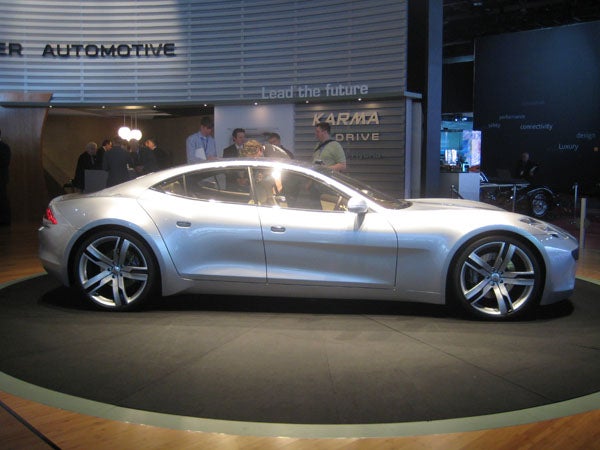 Fisker unveiled the $80,000 Karma, which it has said will go on sale in late 2009, this January at the Detroit Auto Show. Tesla just recently started selling its two-seat roadster in the U.S.; its four-door electric car, which Fisker was working on under an $875,000 contract with Tesla, is set to go on sale in 2010. Tesla claims Fisker’s substandard work on the design set the sedan back three to six months. Adam C. Belsky, a lawyer representing Tesla told the Times: “I think it’s ironic that Fisker chose to name his car the Karma, when what he’s done is very bad karma.” (Zing?)

For more, click here for our profile of Tesla engineer JB Straubel. Then bet on Tesla’s prospects on the PPX [here.