When rockets ran racecars, liquid oxygen appeared to be a promising alternative fuel 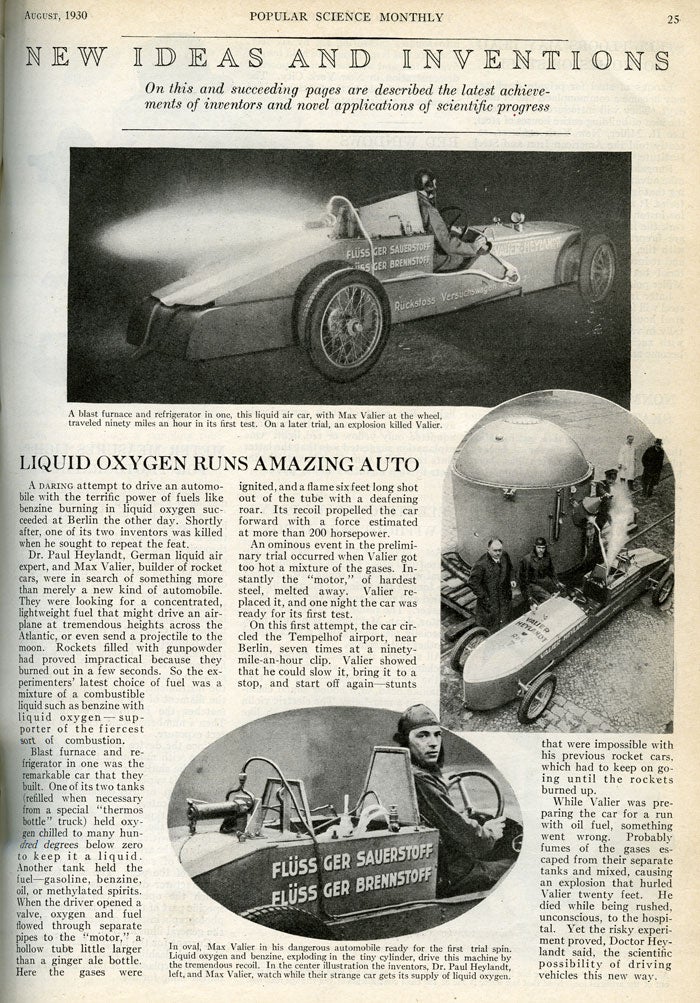 This rocket car shot along at 90 miles an hour on a different sort of alternative fuel: liquid oxygen. The driver ended up being killed in an explosion at a later trial, but its inventor insisted that the successful first run proved “the scientific possibility of driving vehicles this way.”