Nascar Gets a Catcher’s Mitt

When it comes to stopping speeding cars without injuring the driver, a cement wall just won't do

For a closer look at how FlexAll cushions a crash, launch the slideshow by clicking ‘View Photos’ at left

During a race on Virgina’s Richmond International Raceway in 2003, Nascar driver Robby Gordon lost control of his car as he roared into the pit at 55mph. He smashed sideways into the concrete slab that separates the crew from the pit road and wrecked his car. Luckily, he didn’t do the same to his body. Had he hit the divider head-on, the collision could have transferred a 100G-force jolt to his body, more than enough to kill him.

In an effort to reduce such a nasty risk, Nascar has turned to scientists at Battelle, an R&D company in Columbus, Ohio. Their solution: a new hyper-elastic material called FlexAll that deforms to absorb an incoming force and then bounces back to its original shape within minutes. After molding the FlexAll into honeycomb-like columns, the researchers repeatedly slammed racecars into it at speeds up to 100 mph. The plastic behaved identically crash after crash, absorbing 92 percent of an impact’s energy each time. In road tests, the cushion reduced maximum G load on the driver by an impressive 60 percent.

Not just racers but everyday motorists stand to benefit too-Battelle has developed a highway version that can catch vehicles as big as a Hummer, traveling at speeds up to 60 mph. Both barrier systems await final approval from Nascar and the Federal Highway Administration and could be on a road or racetrack near you as soon as this summer. 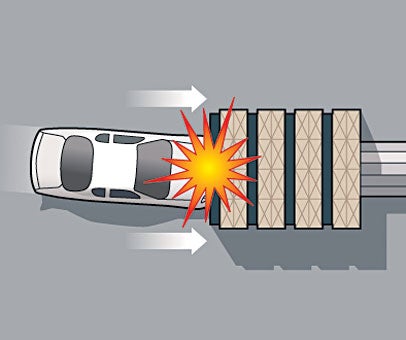 Stock cars can decelerate into the pit with steering out of alignment and brakes failing-prime time for a crash. When a car slams into the FlexAll, the barrier instantly compresses while the steel side panels slide over each other. 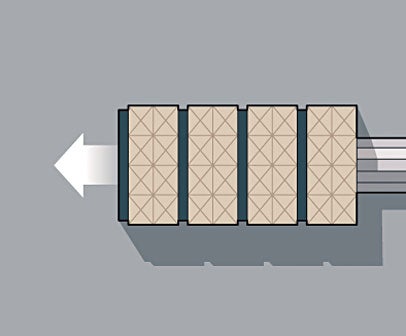 After the crash, the molecules revert to their original shape. Full decompression takes a few minutes. 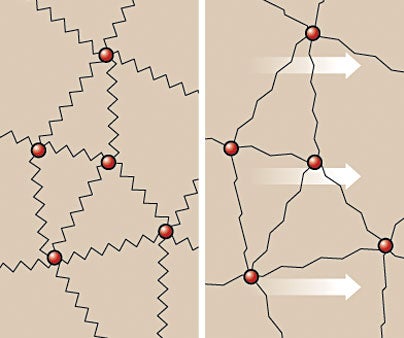 The compression flexes the molecular chains inside the barrier, allowing the material to stretch to as much as seven times its original size. This absorbs the force of the impact and prevents the car from slingshotting back into traffic.