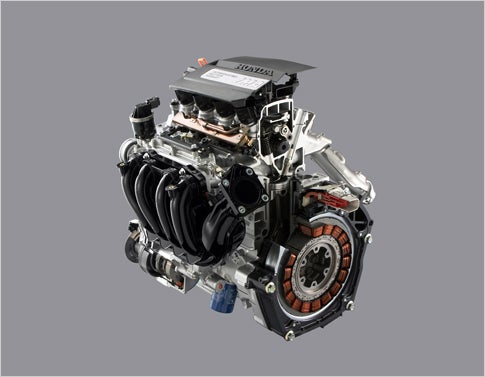 For its new Civic Hybrid, Honda engineered a gasoline-electric powerplant that’s more powerful (110 horsepower, up from 93) and fuel-efficient (50 mpg city/highway). To increase the torque and horsepower from the 2.8-inch-thick electric motor, engineers cleverly swapped the round wire in the motor’s armature for a flat one. That switch let them cram more wire in, increasing the power density. During deceleration, when the electric motor becomes a battery-charging generator, the variable-valve-timing system seals the gas engine’s cylinders. This minimizes resistance, allowing the motor to generate more electricity as the primary engine-slowing force.