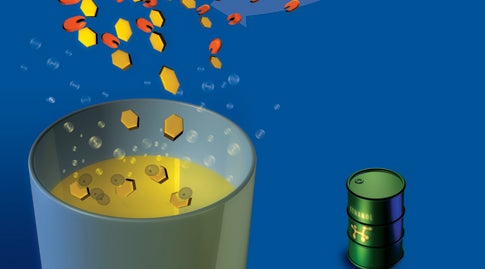 As a social lubricant, ethanol’s place in American history is secure. As a motor-vehicle fuel, however, the ethanol story reads like a barstool tale of woe. Mistrusted and misunderstood, ethanol has time and again enjoyed surges of popularity, only to stumble and fall before hitting the big time.

Championed by the auto industry, bashed by the oil industry, and never able to separate itself from its intoxicating alter ego, ethanol has never been more than an also-ran at the American pump.

1861 Just one year after the father of internal combustion, German inventor Nicholas Otto, created an ethanol-powered engine, President Abraham Lincoln decides to help finance the Civil War with a whopping $2.08 per gallon tax on spirits (which, of course, ethanol is). It is a move that spells bottoms-up to ethanol´s success almost overnight.

1906 Theodore Roosevelt–no friend of the oil industry–repeals Lincoln’s tax. In many ways, though, the damage was done. What had been a thriving industry is now barely conscious.

1908 The Ford Model T is released. Its low-compression engine is designed to run on pure ethanol, pure gasoline or some combination of the two, with minor adjustments to spark timing and carburetion. Despite his industrialist ideas, Ford revered farmers and believed that if the auto industry expected to sell its vehicles to the farming community, the least it could do was return the favor in some way.

1920 Prohibition. When the government constitutionally outlaws the manufacture, sale or transportation of intoxicating liquors, ethanol-a.k.a. grain alcohol-takes another tumble. Motor-vehicle fuel or not, ethanol was booze, and booze was illegal. Period.

1926 Henry Ford tells a New York Times reporter that he considers ethanol to be “the fuel of the future.”

1933 The 18th Amendment is overturned by the 21st Amendment, but the decreasing price of gasoline keeps ethanol down for the count.

1973 OPEC’s oil embargo and its subsequent price hike the next year prompts renewed curiosity in ethanol.

And so, once again, ethanol has its shot. Advances in flex-fuel technology, encouraged by rising crude-oil costs and mounting environmental concerns, are making ethanol far more viable as gasoline substitute. And ever-increasing efficiency in ethanol production means that per-gallon prices continue to fall. The success of new ethanol-friendly cars, such as the Saab 9-5 2.0T Biopower sedan, depends on it.