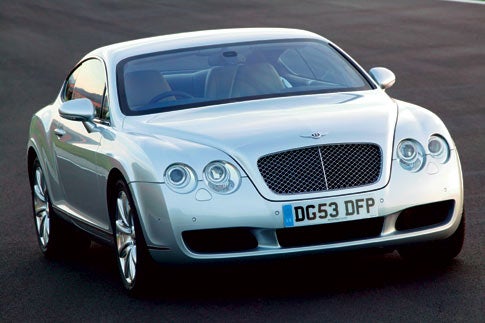 In 1998, the Volkswagen Group bought Rolls-Royce and its subsidiary marque Bentley for $750 million, after a fierce bidding war with BMW. Months later, it was revealed that for $65 million, BMW had made an end run and snookered away the rights to the Rolls-Royce name–arguably the only valuable asset in the whole deal.

All VW ended up owning after spending so much was a Bronze Age Rolls/Bentley factory in Crewe, England, and the second-rate–in many eyes–Bentley brand (what were Bentleys, other than stealth Rollses with different grilles?).

I was among the know-it-alls, a group that included many business and car magazine editors, who snickered that VW CEO Ferdinand Piech had let himself be head-faked by BMW. Piech was said to be a rude, arrogant, pushy blowhard, a classic “couldn’t happen to a nicer guy” dupe.

But a funny thing happened on the way to market. When BMW introduced the first German Rolls-Royce early in 2003, we saw in the new Phantom a huge, enormously expensive car that undeniably had … presence. It pushed a Grecian-temple grille the size of a card table. But the car lacked grace and suffered from styling flaws that suggested the heavy hand of a committee.

VW, meanwhile, was late out of the gate. It had spent a lot of time and money hugely upgrading the old Crewe factory and making substantial mods to Bentley’s aging Arnage, a pocket battleship of a sedan that benefited greatly from VW-engineered suspension and turbocharging tweaks. In the meantime, VW had spent many millions of pounds and three years on a victory in the 2003 Le Mans endurance race with a Bentley-branded racecar, the Speed 8. It was the first Bentley win in 73 years.

I got a ride in a Speed 8 four months after that race, suiting up and jamming myself into the left seat–it is an English car, after all–alongside team driver Tom Kristensen, a 36-year-old Dane who is just slightly handsomer and vastly faster than Brad Pitt. Kristensen has been on a Le Mans?winning team five times. This is not a record, since two other drivers have won five. But only Kristensen did it in just seven tries. He is also the only driver with four consecutive wins.

It used to be that the best endurance racers were strokers, skilled at going just fast enough and coddling the equipment. No more. Today, you’re going flat out pretty much the whole 24 hours at Le Mans, and one of the reasons Tom enjoys giving rides in the 600-plus horsepower, 215-mph Speed 8 is that it reveals to civilians what punishment a good racer endures in his or her office. The G-forces are sharper than anything I’d imagined. I doubt that any fighter pilot undergoes such rapid G onset from side to side and fore and aft, and certainly none experiences those stresses virtually nonstop for two and three hours at a time.

As with any modern racecar, what really stuns you is the unearthly grip of its brakes. The engine yowls like a tortured tiger, the acceleration is fierce enough to verge on uncontrollable and Kristensen makes constant course corrections almost before the mini slides begin. But the primary sensation is that we’re all gonna die because we’re still doing 150 and a 90-degree left is six car lengths ahead.

So it turned out that Herr Piech of VW had serious plans for Bentley. Confirmation that he knew exactly what he was doing came with the appearance of the 2004 Bentley Continental GT. This beauty is in fact the single biggest performance-car bargain on the market.

A Bentley bargain? Are we sniffing too much oxymoron gas here? Well, consider first that the Continental GT, a two-door coupe, is a true four-seater. I’ve ridden in sedans with less backseat room and comfort than the Continental GT affords. It’s by far the fastest four-seater on the planet.

Then consider that the Continental’s furnishings–superb leather, museum-quality wood, weapons-grade metalwork–make the interior of even a $120,000 Porsche 911 Turbo seem
positively industrial by comparison.

Nor does it hurt that the GT is utterly beautiful, from its mesh-grilled face to arrogant rear haunches like those of a big, crouching cat.

Put all this together with the fact that you get a 552-hp car that will do 198 mph and 0-to-60 in 4.7 seconds, and you have a $149,990 bargain. (In fact, I drove a production Continental that had officially been timed at 206 mph, though Bentley chooses to be conservative in its claims.)

So here’s the bottom line: Someday soon, we may look back upon Rolls-Royce as a 21st-century flameout, a brand that had no markets into which it could credibly expand. BMW can make super-luxurious Rolls-Royce sedans, super-super-luxurious Rolls limousines and maybe–to be daring–a four-seat cabriolet. That’s about it, though. Nobody wants a Rolls-Royce racecar, supercar, roadster, coupe, wagon or “inexpensive” entry-level Rolls. Yet that’s all within the purview of Bentley. (Alas, it could even build an SUV and get away with it.) And of course it can also do the limos. Indeed, Bentley recently built for the Queen of England a special state limousine. It comes with a button on the dash that sets the cruise control to exactly 4 mph–the marching speed of the guardsmen who proceed alongside the royal land barge.