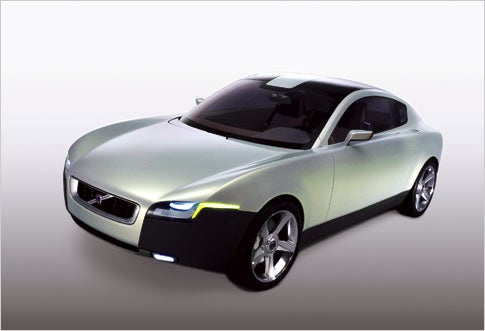 Volvo’s YCC concept car, designed entirely by a team of female engineers and stylists, met with snickers and smart-ass comments from the good-ol’-boys club when it debuted at the Geneva Motor Show in March. It’s loaded with simplifying features ostensibly designed to attract a female audience. For instance, only mechanics can open the hood, on the assumption that women don’t want to mess with what’s under it. We got our macho going and confronted Lena Ekelund, a deputy manager of the design team. She did OK.

Popular Science: Why aim a car at women?

Lena Ekelund: They’re the most demanding customers. We found that the demands of women are higher than those of men, even on performance.

PS: Did it concern you that the YCC would be perceived as a girly car?

LE: When people see what we have done with this broad-shouldered, muscular, sleek thing ? girls like boys with muscles, and I guess we like cars with muscles as well.

PS: Which of its features will go into production?

LE: I’m not allowed to tell you, but if you look at Volvos three years from now, you’ll be surprised.

PS: American women are a frightened lot. Did you consider making the YCC a fortress car, maybe with a 360-degree Mace sprayer?

LE: We do have a feature that will tell you if anyone has been tampering with the car. When you get within range of the car, the key flashes
red to warn you that perhaps you don’t want to open it on your own.

PS: Why make it seem like women have no mechanical ability by making the engine inaccessible?

LE: I don’t think there are many guys who would be able to do anything constructive to fix a modern engine either. What are you going to
do, replace the fan belt? You’d have to disassemble half the engine bay.

PS: Driving skills are already on the decline. Won’t features like automatic parking worsen the situation?

LE: I don’t think driver skill is dependent on whether you’re good at parallel parking. Having good visibility and feeling in control is much more important. In Germany, they already have sensors making sure cars don’t get too close on the Autobahn. I am not personally fond of that; I want to be the one in control.