5 Things to Know Before You Drive 150 MPH

H2.0 assumes you are a professional driver on a legal track or safe private road. 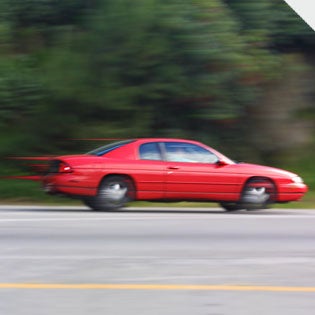 Never mind the straight-arm posture you see in action movies. With your shoulders against the seatback, you should be able to rest your wrists atop the wheel. Hold it firmly but with your fingers, not in a baseball-bat death grip.

They should be ZR-rated, of course (capable of a sustained 150 mph), but they should also be dynamically balanced for high speeds,
in flawless condition, and inflated to halfway between the carmaker’s comfort recommendation and the tire maker’s max inflation pressure (on the sidewall).

GET IT IN LINE.

Have your suspension aligned by experts for
maximum straight-line speed and stability, which will mean zero camber
front and rear and just a touch of front toe-in.

Bad aerodynamics can put you in the weeds before you can say “airbag.” Some ill-advised Porsche owners, for example, put trendy aftermarket whale tails on their 911s without first adding a front air dam. That car will fly. Literally.

Particularly if you’re going to make multiple runs, bleed the brake system, install new pads, and bed them in: six moderate decelerations from 60 to 20, six hard stops from 80, and one max-effort stop from 120.