Automobiles: the latest in transmission tech 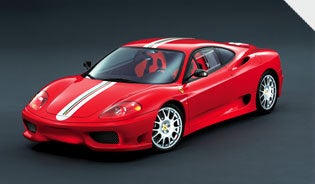 The sequential manual gearbox (SMG) on the Ferrari Challenge Stradale has a tantalizing launch feature. Activate it, floor the gas at a stop, and as you lift off the brake, the clutch instantly engages. Launch control revs the engine to the optimum speed before dropping the clutch, giving drivers the fastest possible starts off the line. Faster-than-human clutch engagement also provides that satisfying squeal.

Transmissions generally get no respect. No one oohs and aahs over a solid clutch plate the way they do for a nice, fat V8. But something’s got to connect the engine to the wheels, and without the right transmission, that V8 isn’t going anywhere. Accordingly, automakers are putting more into tranny tech than ever before, and the fruits of that investment are beginning to hit the streets, often via the racetrack. Paddle shifting, CVTs, seven-speed transmissions: Here are the latest cars showcasing the modern ways that power connects to pavement.

What it Does: The newest Maserati trades its stick for a set of paddles behind the steering wheel. Click one of the paddles toward you, and the SMG engages the clutch and switches gears. The system was first developed in Ferrari’s Formula 1 program.

How it Drives: Don’t confuse SMGs with manumatics (automatic transmissions under the driver’s command). With an SMG, power is transmitted from the engine directly to the wheels via a clutch plate, faithfully replicating the precise stick-shift feel.

What it Does: Continuously variable transmissions, or CVTs, use a system of belts and pulleys to create an infinite number of gear ratios. The CVT in the new Murano is the first in the United States able to handle an engine as powerful as its 3.5-liter 245-hp V6.

How it Drives: A CVT makes for smoother shifting, as the gear ratios change with vehicle speed. Hit the gas, and the engine races to the speed at which it produces the most power–say, 6,000 rpm–and stays put, even as the car accelerates. Eerie, yes, but efficient.

What it Does: The new TT has an SMG like the Maserati’s, with one important difference: The Audi has two clutch plates, one for the odd-numbered gears and one for the evens. When clutch number one disengages from first gear, number two immediately engages second.

How it Drives: Twin clutches provide smoother shifts without a clunky power sag. In single-clutch SMGs, the engine waits for the clutch to disengage one gear and engage another before it accelerates. In the new TT, upshifts and downshifts are almost imperceptible.

What it Does: Beginning this fall, all of Mercedes’ 5.0-liter V8 engines will be linked to a seven-speed automatic transmission. With seven gears, the engine runs closer to optimum speed (faster for more power, slower to save fuel) no matter how fast the car is moving.

How it Drives: Mercedes promises several benefits, including better acceleration and fuel savings of up to 16 percent. And the gearbox doesn’t weigh the car down: Thanks to a magnesium casing, its new transmission isn’t much heavier than the five-speed in current V8s.