If You Drive, Don’t Groove

While driving, crank with care. 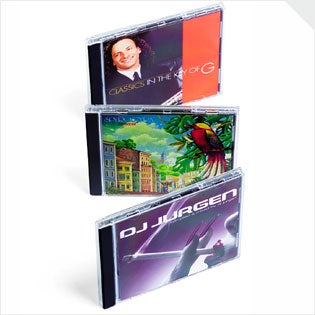 Almost everyone likes to crank up music while driving, but Warren Brodsky of Israel’s Ben-Gurion University wants you to crank with care. In a recent study, Brodsky used Midtown Madness, a driving simulation program from Microsoft, to place 28 drivers with an average of 10 years’ driving experience behind the wheel of a virtual Volkswagen New Beetle. Each subject completed eight laps on a simulated Illinois interstate. Throughout each lap, drivers were exposed to one of three music types of varying tempos, or no music, in a random order. Brodsky chose “neutral” sounding music that didn’t have any vocals, or instrumental versions of popular music. Saxophonist Kenny G’s “Stranger on the Shore,” which has 56 beats per minute (bpm), was a typical slow selection. Spyro Gyra’s “Cashaca,” with 112 bpm, provided the mid-tempo; and Dutch mix-master DJ Jurgen (whose sound is known in

Euro dance clubs as “pop trance”) picked up the pace with 132 bpm.

The fast-paced music caused significantly more “at-risk” behavior, such as running red lights, lane crossing, and weaving. The number of collisions also increased with the higher bpm. As expected, subjects who drove without music made the fewest mistakes–though, according to Brodsky, drivers without music often perceive themselves to be traveling more slowly than they actually are.