Putting glass in the past 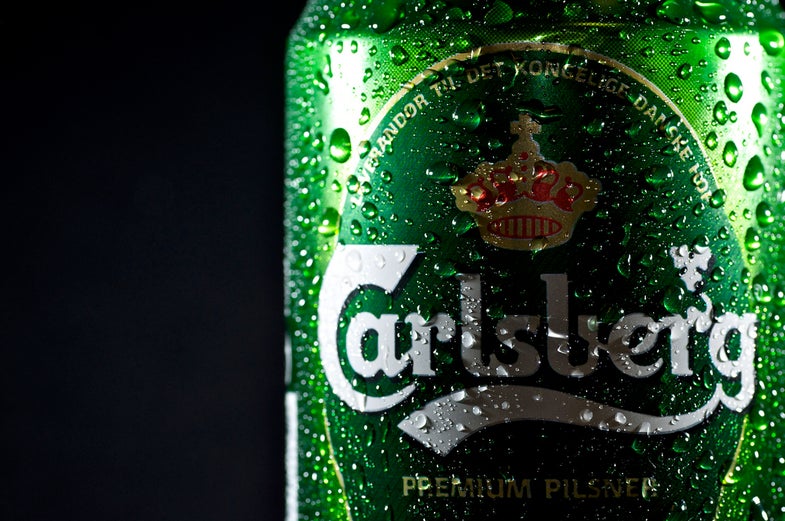 Move over boxed wine! There’s a new cardboard container ready to hit shelves. Well, almost. Beer manufacturer Carlsberg says they are working on cardboard beer bottles, aiming to release them in the next three years.

“It will be a new look and feel. It will be non-transparent, non-breakable and with a visible fiber structure,” Carlsberg’s Senior Packaging Innovation Manager, Håkon Langen told Quartz.

Biodegradable cardboard containers are generally seen as an eco-friendly alternative to heavy glass bottles which cost more to transport. Essentially, vehicles carrying shipments with lighter packaging require less fuel to get from point A (the beer factory) to point B (your grocery store). And even with fuel prices dropping gas and oil remain a huge expense for businesses.

The new bottles, from the actual containers to the caps, will be entirely biodegradable. Quartz notes that unlike other cardboard bottle solutions the Carlsberg design won’t have a plastic bladder on the inside. Instead, the fully recyclable cardboard will be treated with a coating on the inside to prevent beer from seeping through. Carlsberg also plans on harvesting the wood fiber for the bottles from sustainable sources.

The bottles, should they show up on shelves, will join a number of other cardboard replacements for items — from bikes and virtual reality headsets to cathedrals.