We can now calculate the carbon footprint of your steak dinner

The climate change case for ditching beef, even just one day a week. 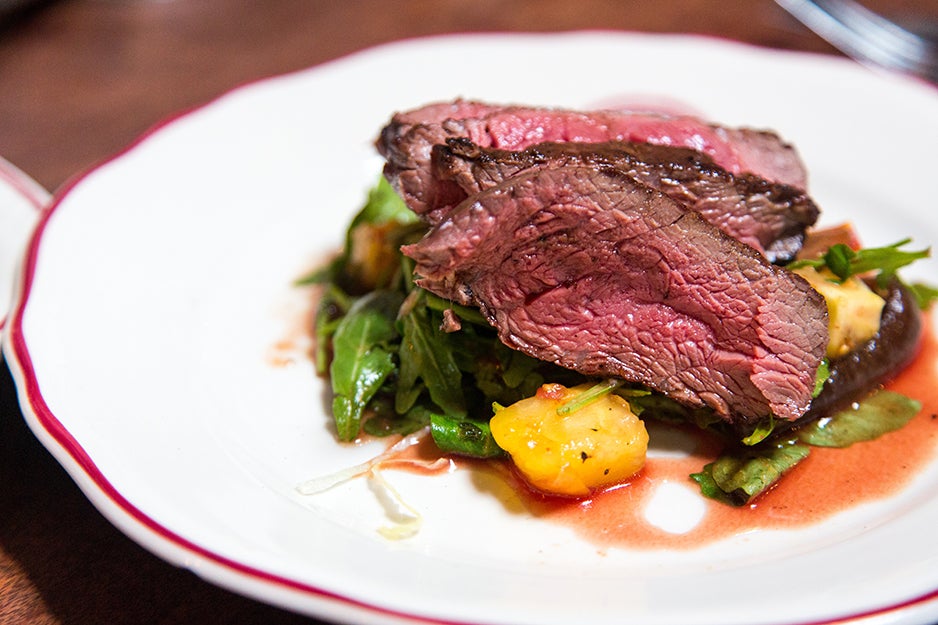 If you’re looking to reduce your carbon footprint, your diet is a good place to start—specifically and especially with beef.

After reducing intercontinental flights, dependence on cars, and living in the ‘burbs, reducing your meat consumption is one of the strongest ways to reduce your carbon footprint. As reported by The Washington Post, about a third of all greenhouse gasses comes from food production and agriculture. None of this is news, but the Post shows how we can now quantify just how costly beef is to the environment, as cattle produce a staggering amount of methane, a nasty greenhouse gas.

The article cites a recent study by the University of Minnesota, which shows how by swapping out one beef-based meal a week for beans, you can avoid releasing 331 kilograms (730 pounds) of carbon dioxide every year. While chicken and pork aren’t environmentally great, they’re much less carbon-intensive than beef. Lamb, however, is also pretty carbon-costly.

That said, not all beef is equal. Farms that grass-feed and manage their cattle properly for “carbon sequestration”—long-term storage of carbon—can actually have a positive impact on the environment. When cattle graze on real grass, carbon is locked away in the soil, stopping it from entering the biosphere. “At minimum [we could produce] carbon-neutral beef but most likely a beef product that has a negative carbon-footprint,” Jason Rowntree, associate professor at Michigan State University, told The Post. But don’t think that just because you’re buying beef marketed as “grass-fed” you’re doing your part—it’s impossible to know exactly what goes on at these purportedly organic farms, and whether or not the farmers in question are managing for carbon sequestration.

As a lover a good steak and all things beef, these statistics are depressing. But as an environmentally conscious person… eh, still a little depressing. However, there’s hope for fellow carnivores. Changing out beef for poultry or pork once a week for a year also seriously cuts down on your carbon footprint, albeit less significantly than swapping steak for legumes or grains. And since there are a ton of delicious chicken and pork recipes out there, it might not be the end of the world to take a break from burgers once a week.