A real Capybara and Clyde story 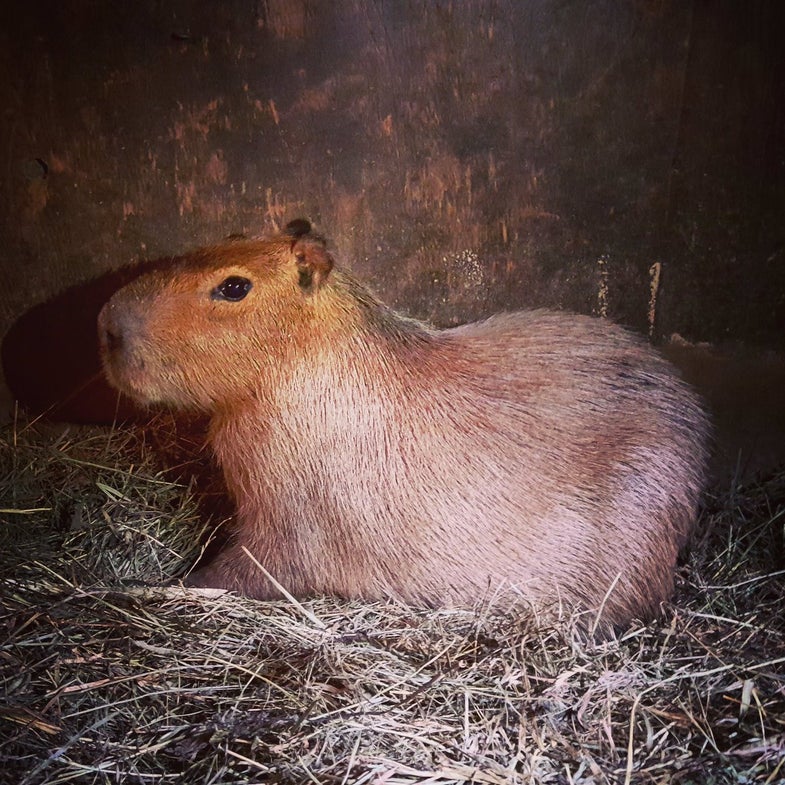 After more than a month as a free rodent, the escaped Toronto Zoo capybara is back behind bars.

Toronto officials nailed the 6-month-old guy (or girl, as it’s very difficult to tell the sex of capybaras in their first year), who had been out of his enclosure since May 24, in a nearby park. His partner in crime had been previously captured.

Capybaras, which are active during the daytime, proved elusive and difficult to trap for zoo officials, who couldn’t leave traps out overnight for fear of capturing raccoons or cats.