Canadian Nanosatellites Command Each Other In Space

One boring task for machine, one great leap for robots 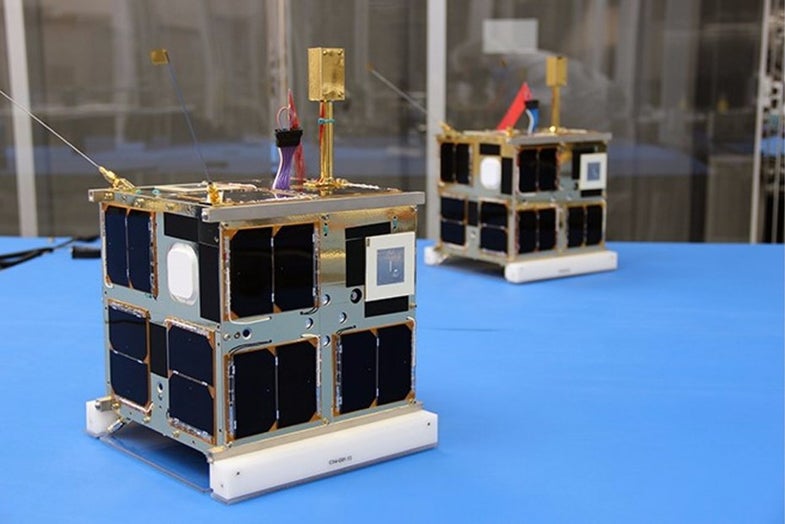 Deep Space Industries, in collaboration with the University of Toronto Institute Of Aerospace Studies (UTIAS) Space Flight Laboratory, recently demonstrated the first-ever control of one small satellite by another, gently handing off a human task to a machine, and clearing the way for better small satellite swarms in the future.

The demonstration involved two small satellites, with one issuing to the other an instruction to move. Deep Space Industries says:

Small satellites are, by definition, easier to launch than larger apparatus, and cheaper too. Working in swarms, small satellites can replicate the same effect. While humans have maneuvered satellites around each other for decades, in the past it’s required direct human control. Letting the machines reposition themselves, especially when it comes to busywork like “not colliding into each other,” is a pretty good use of robot brains.