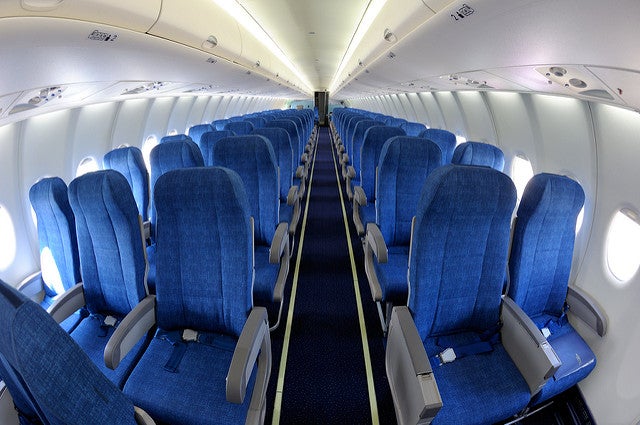 In a new lab, a model airplane cabin will recreate the sensations of flying and allow engineers to test out ideas to make it better. Flickr user SuperJet International
SHARE

Flying is a miserable experience for most people, but engineers in Canada have a few ideas for how to make traveling by plane a little better. And soon, they will have a full-scale model airplane cabin for testing them out.

Running experiments on actual flights isn’t exactly safe or cost effective. So the National Research Council of Canada is building a lab in Ottawa to simulate air travel.

The lab will include an airplane cabin with seats, windows and storage that engineers can detach and move around like dollhouse furniture. It will mimic the noise, airflow, pressure and other features of a flight.

Researchers plan to test out new cabin, window and seat designs, as well as more quiet and efficient ways to circulate air.