Can we just build a giant blimp to clean polluted air? 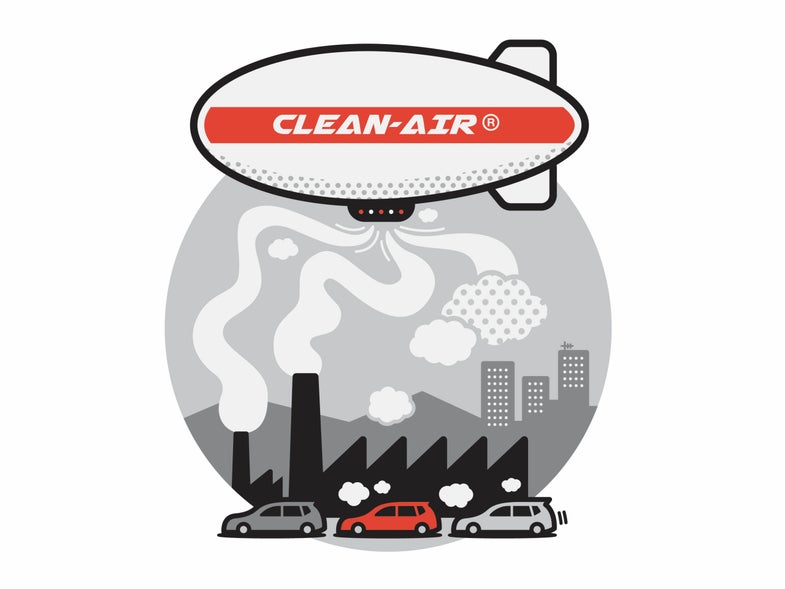 Totally doable. Engineers could easily rig blimps with massive catalytic converters—like those found in cars—and send them skyward to transform smog into clean air. However, says Peter Eisenberger, an environmental scientist at Columbia University, that would lead to another sort of air pollution. We would need so many of these low-flying cleaners to make a difference that they would overcrowd the sky.

Want to know if your fantasy invention could become a reality? Tweet @PopSci, email us at letters@popsci.com, or tell us on Facebook.

This article was originally published in the May/June 2017 issue of Popular Science, under the title “I Wish Someone Would Invent…A smog-busting blimp.”