But three out of four health agencies disagree. 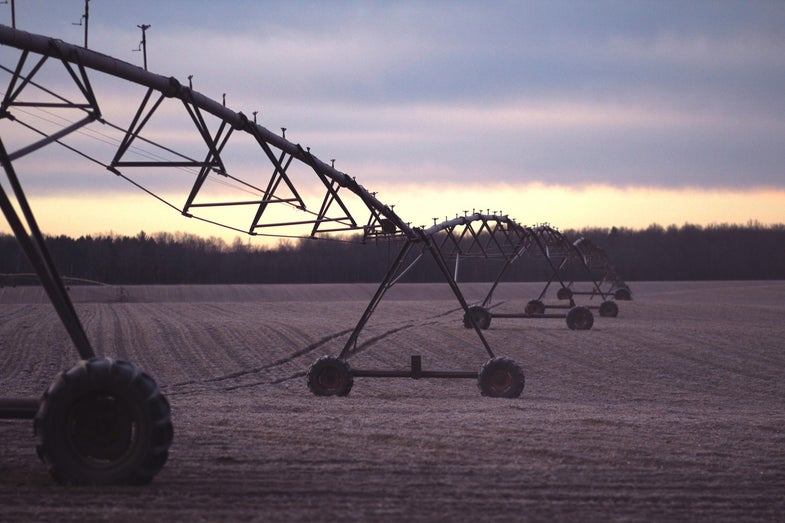 In 1913, three short years before President Woodrow Wilson would appoint him to the Supreme Court, Louis Brandeis wrote a piece for the magazine Harpers Weekly titled “What Publicity Can Do”. In it, the legal scholar noted that, “sunlight is said to be the best of disinfectants.” He thought that if the public simply knew about corruption or the risks associated with certain industries, that these social pathogens would be erased.

It was a similar reasoning that led the citizens of California in 1986 to pass the Safe Drinking Water and Toxic Enforcement Act (better known as Proposition 65). The law doesn’t pull products off the shelves, but it does require that manufacturers provide a “clear and reasonable warning” before exposing the public to substances that could cause cancer, birth defects, or other reproductive harm.

The idea is that concerned individuals can choose to eschew such products—and if enough people decide that the risks are not worth a given product’s benefits, it might disappear from shelves altogether, replaced by safer alternatives. The list of labeled substances includes marijuana smoke (but eating marijuana is fine, by California standards), acrylamide (which appears in toast, potato chips, and fries), and as of this week, glyphosate—a popular herbicide (or weed killer) better known as Round-Up. This decision comes despite the fact that several health organizations have said that glyphosate doesn’t cause cancer.

But in March 2015—before the three aforementioned reports came out—a report by the International Agency for Research on Cancer (IARC), associated with the World Health Organization, classified glyphosate as possibly carcinogenic. In the parlance of cancer risk, the spectrum runs from carcinogen (cancer causing) to probable carcinogen (probably causes cancer), possible carcinogen (might cause cancer), unclassifiable (we don’t know enough to evaluate risks), and probably not carcinogenic (probably doesn’t cause cancer). The IARC’s assessment straddled the line between almost-definitively-does-cause-cancer and almost-definitely-doesn’t. That report sent out shockwaves, because the agri-company Monsanto actually introduced glyphosate in 1974 because it less toxic (and less likely to linger in the environment) than earlier herbicides; the particularly nasty chemicals made famous in Rachel Carson’s seminal book Silent Spring. In fact, glyphosate was initially thought to be less toxic than caffeine. A stroll through a home improvement supply store reveals a dizzying array of glyphosate formulations designed for the home gardener: gels, liquids, formulas designed for lawns, formulas meant for vegetable gardens.

That said, 60 percent of glyphosate is used on genetically modified crops, because farmers can spray their fields with glyphosate and kill all of the undesirable plants (weeds) while leaving their chosen crops unscathed. And its bad reputation in the anti-GMO crowd hasn’t kept it from becoming increasingly popular: A 2016 study in the journal Environmental Sciences Europe found that since 1974, just under 19 billion pounds of glyphosate had been used worldwide—20 percent of that in the United States. And two thirds of that was used in the past decade. Noted the study’s authors, “In the U.S., no pesticide has come remotely close to such intensive and widespread use.”

Given its widespread, increasing use, it’s not surprising that the chemical has received a ton of scrutiny. But based on all available evidence the EPA, the United Nations, and the European Food Safety Authority were able to come to a different conclusion than IARC—for few reasons. The first is that the IARC tends to be a bit more conservative in its assessments than the other agencies. Critics say that their assessment focused on toxicity at any dosage as opposed to the doses we’d likely encounter, either as people who eat foods sprayed with glyphosate or as farm workers. And secondly, the various agencies actually looked at different things in order to make their assesments. The European Food Safety Authority, for example, only looked at the effect of glyphosate, while the IARC included studies that examined the effects of consumer products containing glyphosate. It’s completely possible that some consumer formulations of glyphosate herbicides contain harmful compounds, but it’s completely possible that those harmful compounds are not the glyphosate itself.

Regardless of how all of this shakes out—Monsanto has pledged to “aggressively challenge” the decision—when it comes to glyphosate, there’s evidence to suggest that we might be worried about the wrong thing. Our heavy use of glyphosate might not be giving us cancer, but it could be creating super weeds. Plants are mutating to survive the stuff. What doesn’t kill them does in fact make them stronger. Farmers are increasingly turning to more toxic herbicides, or even spraying multiple kinds on each field, as glyphosate loses its effectiveness.

And while existing evidence says that glyphosate likely doesn’t cause harm to humans, there’s evidence to suggest it hurts frogs in aquatic systems. Pesticides like glyphosate can be washed into waterways from our lawns and gardens when it rains.

Despite the dizzying array of herbicide formulations available at the store, good old fashioned weeding may be a better—if more labor intensive—choice for small-scale gardeners. But if cancer risk is your primary concern in picking a weed killer, California’s decision to label glyphosate shouldn’t send you into a panic.