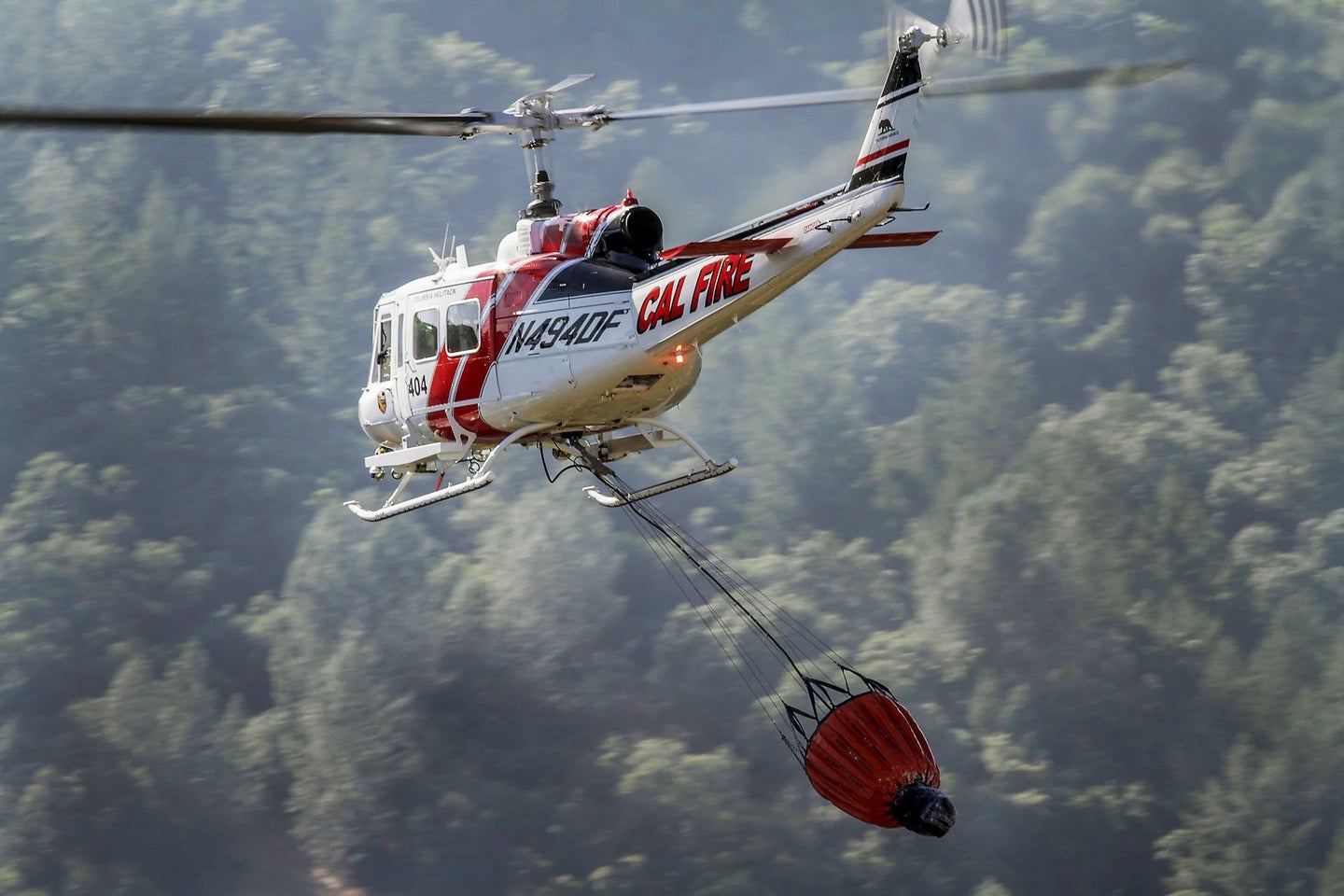 CAL Fire, California’s emergency response air program, is currently battling the explosive Kincade Fire in Sonoma County, which has burned 76,138 acres and was only 15 percent contained at press time. While that fire has destroyed 189 structures and damaged 39 other buildings, figures could have been much higher if not for the work of CAL Fire’s aerial firefighting assets and the brave pilots who fly them.

In support of ground crews, the CAL Fire aerial firefighting fleet includes 21 Grumman S-2T airtankers, 10 UH-1H Super Huey helicopters, a King Air A200CT Air Attack aircraft and 14 OV-10A “observation” aircraft that operate from 13 statewide air attack and nine helitack bases. However, contract operators were brought in on the Kincade Fire, bringing the total number of air assets to 27 helicopters. In addition, the Global SuperTanker Boeing 747-400, carrying 17,500 gallons of fire retardant per flight, was dispatched from Colorado to help on the Kincade Fire.

A National Weather Service (NWS) “Red Flag Warning” for dangerous fire weather conditions in the area since last Saturday meant winds were gusting 45 to as high as 80 mph. Like the annual Santa Ana winds of Southern California, Northern California’s “Diablo winds” flow offshore and are fueled by high-pressure air over Nevada and Utah seeking a path through the Sierra Nevada and Coast Ranges to fill lower-pressure voids on the Pacific coast. “Strong winds have affected aerial operations, and at times aircraft have not been able to fly on the Kincade Fire due to unsafe conditions,” said Scott McLean, CAL Fire Information Officer.

CAL Fire reports that an unprecedented buildup of dry vegetation and extreme winds fueled by drought has increased the size and intensity of California wildfires. “While wildfires are a natural part of California’s landscape, the fire season in California and across the West is starting earlier and ending later each year. Warmer spring and summer temperatures, reduced snowpack, and earlier spring snowmelt create longer and more intense dry seasons that increase moisture stress on vegetation and make forests more susceptible to severe wildfire,” the agency said.

In Southern California, Los Angeles County was battling the Getty Fire, in a heavily-populated and affluent section of the city that is adjacent to the famed J. Paul Getty Museum. The incident is not being managed by CAL Fire, but L.A. County Fire reported 11 helicopters were working the fire on Tuesday.

As with all flying, weather is always a factor. This week, pilots in SoCal were up against a strong Santa Ana wind event expected to last through Thursday. “This wind event could be one of the strongest of recent memory,” said the NWS “Extreme Red Flag” warning for Southern California issued Tuesday. “Damaging wind gusts between 50 and 70 mph are expected over most of Los Angeles and Ventura Counties, with isolated gusts to around 80 mph likely.”