Volcano Eruptions, A Pocket Shark, And Other Amazing Images Of The Week

A Muppet lookalike is an added bonus 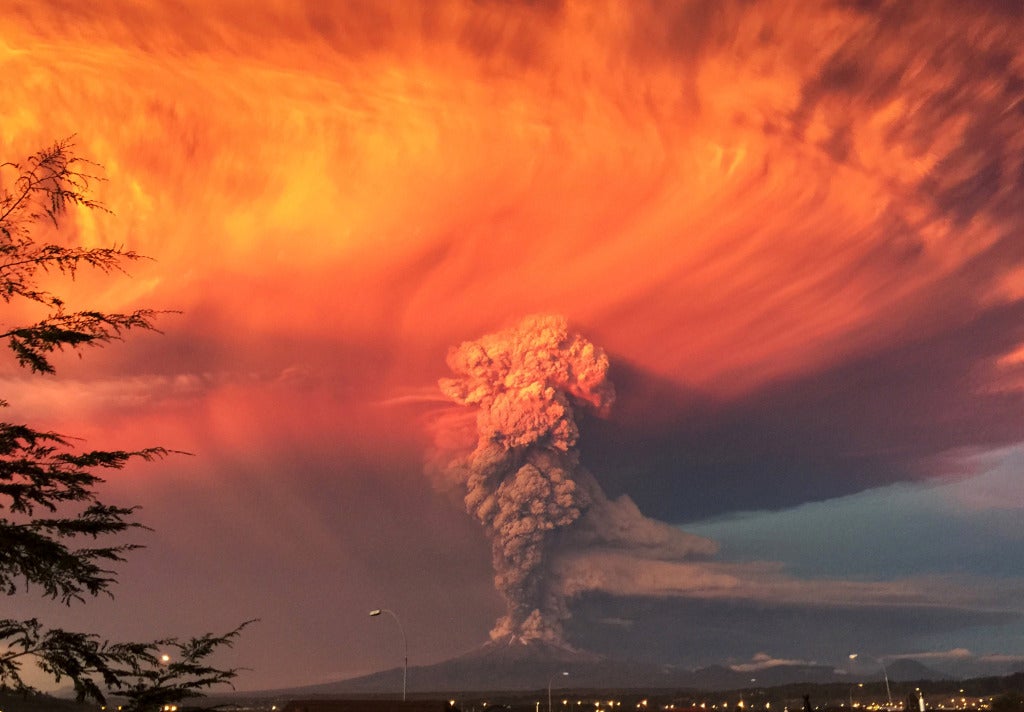 After a 43-year nap, the Calbuco volcano in southern Chile woke up with a bang. The eruption surprised locals, but the government was able to quickly evacuate about 4,000 people within a 12-mile radius of the volcano. Out of 90 volcanoes in Chile, this one is considered one of the three most dangerous. Luckily, no injuries or deaths were reported. Rafael Arenas/Reuters
SHARE 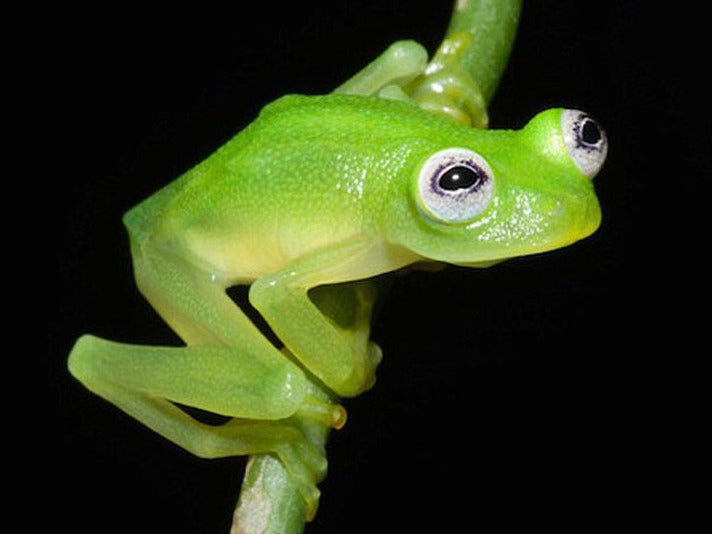 It’s Not Easy Being Green

In Costa Rica, researchers have discovered a new species of frog, and it looks remarkably similar to everyone’s favorite Muppet. Dr. Brian Kubicki, who took the photograph, named the Kermit lookalike “Hyalinobatrachium dianae” after his mother, Janet Diana Kubicki. 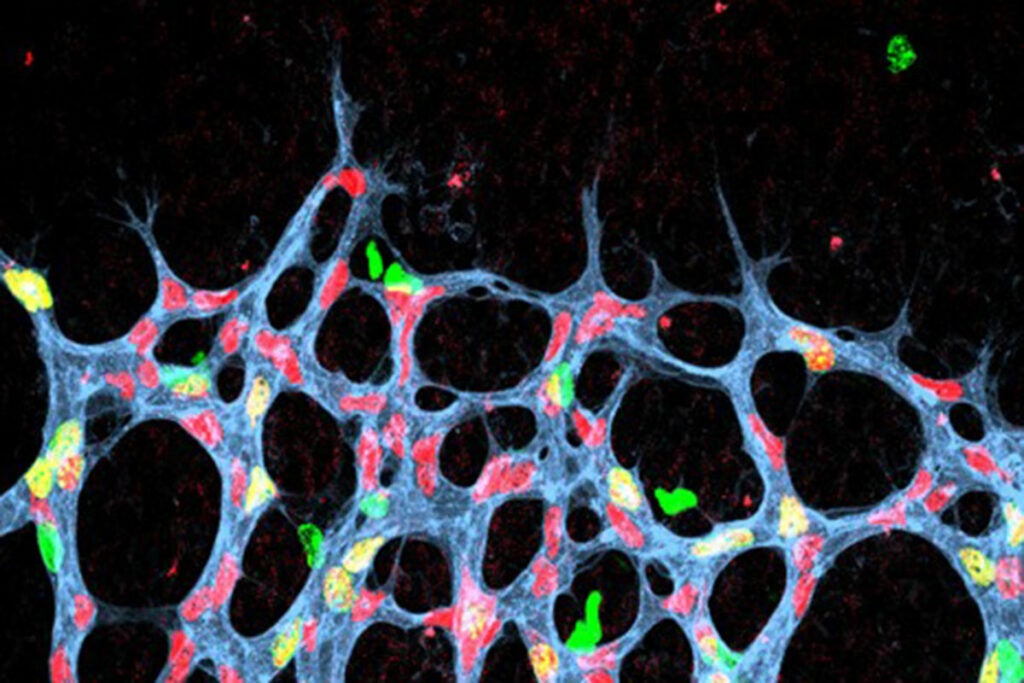 These brightly colored cells aren’t just a pretty sight–they might be the key to preventing blindness. The yellow cells in this image are linked to age-related macular degeneration, a leading cause of vision loss for people over 50. When the yellow cells begin to divide excessively, more blood vessels form, leaking blood and fluid into the retina and causing vision distortion. Alain Chédotal and his team at the Institute of Vision in Paris discovered that a protein called Slit2 contributes to this cell division, and blocking this protein may prevent the onset of blindness. 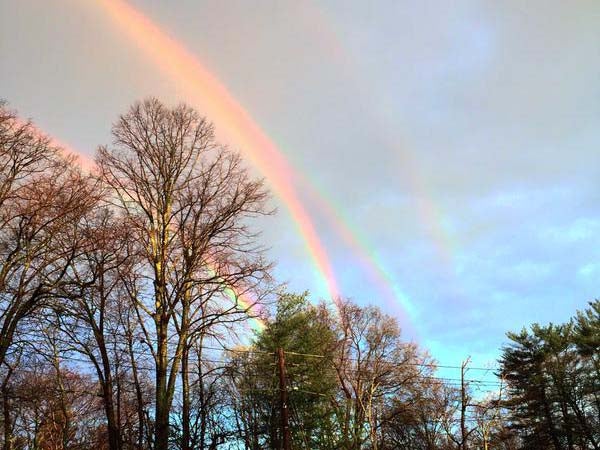 This tweet of a quadruple rainbow has received more than 1,000 retweets after it was posted by Amanda Curtis, the CEO of a New York fashion company. The Internet couldn’t get enough of the phenomenon, which CNN weather producer Rachel Aissen explained was a double rainbow that was reflected off a body of water and into into the sky. 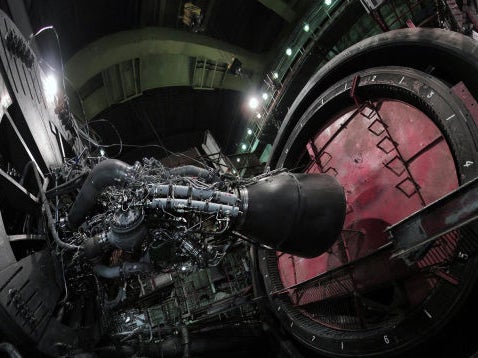 While American aerospace engineers typically test their rocket engines far away from civilization, engineers in Russia are testing theirs right smack in the middle of town. In Khimki, one of the largest satellite cities of Moscow, rocket engines are being put to the test in a soundproof, gas-tight indoor test chamber. The Russian Federal Space Agency posted photos of the altitude test chamber, which allows engineers to test their engines without noise or dust, as the chamber absorbs these byproducts. 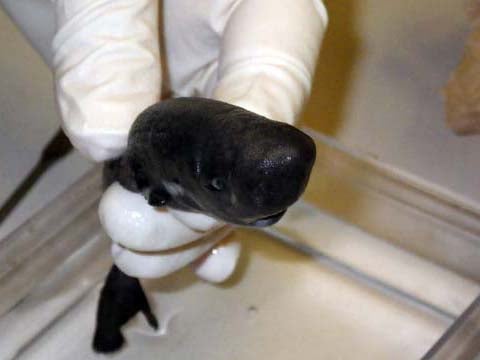 Left Shark, Is That You?

Scientists have found an adorably tiny shark in the Gulf of Mexico. This precious pocket shark is incredibly rare; this one is only the second shark of its species ever found. The first was found in the Pacific Ocean 36 years ago. This little guy is only a few weeks old and is only about 5.5 inches long. “Discovering him has us thinking about where mom and dad may be, and how they got to the Gulf,” says NOAA biologist Mark Grace. 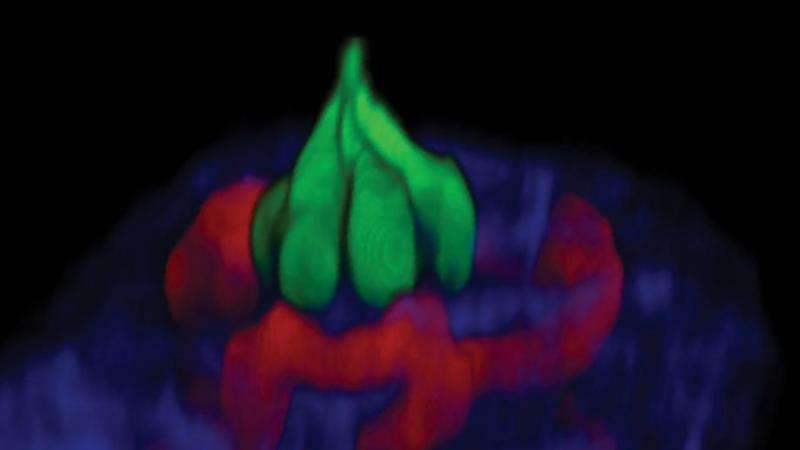 For the first time ever, scientists have captured the sensation of taste in live images. The team shined a bright infrared laser on a mouse’s tongue, which caused different parts of the tongue and flavor molecules to fluoresce. This image of a tiny taste bud shows receptor cells in green, blood cells in red, and surrounding collagen in blue. Humans have more than 2,000 of these little receptors, which can distinguish at least five different tastes: salty, sweet, bitter, sour and umami. Next, the researchers hope to identify areas of the brain associated with taste. Who knew eating could be so artistic? 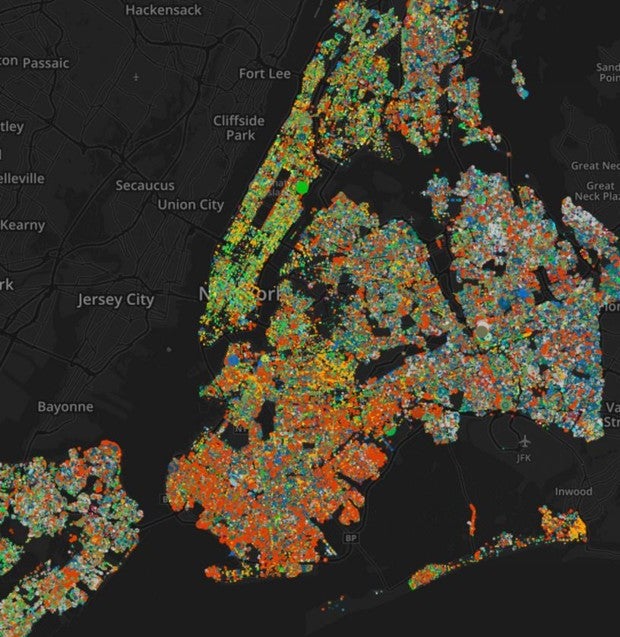 A Brooklyn web developer created this beautiful color-coded map of every tree in New York using data from the 2005-2006 State Tree Census. She charted all 592,130 of the state’s trees by species and by size, and that number doesn’t even include those in parks or on private properties. When the next tree census comes out later this year, she says the number of trees will likely have increased significantly. So much for a concrete jungle! 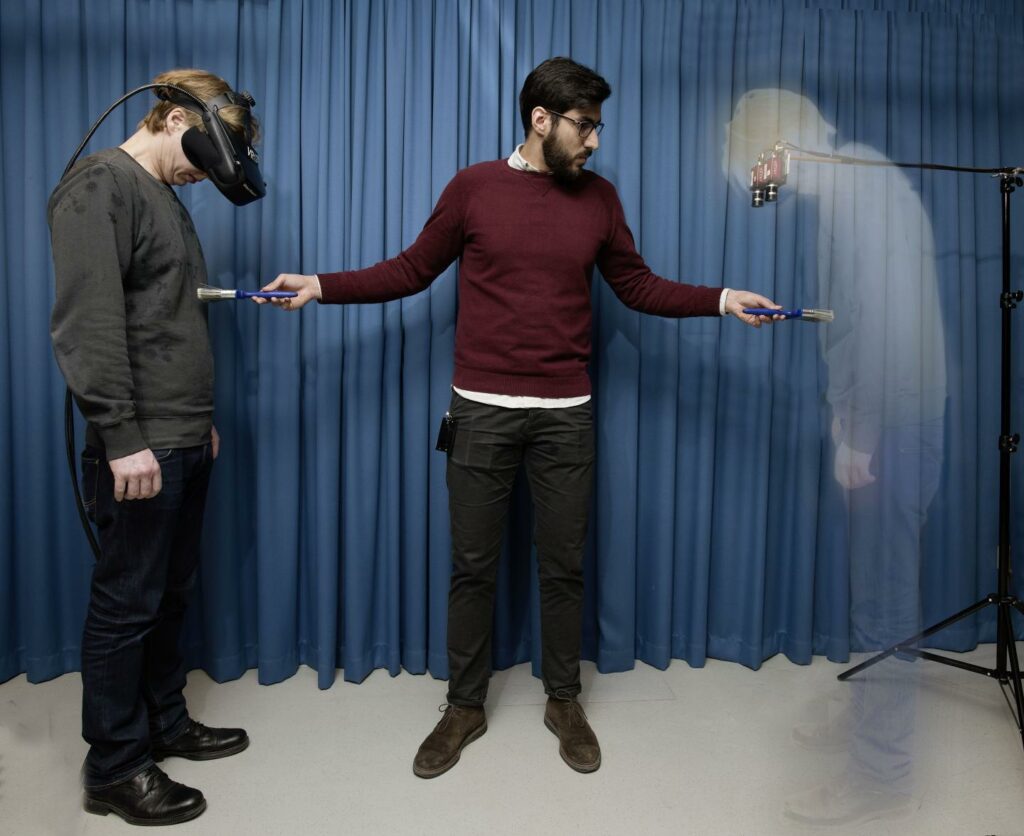 For those of us not fortunate enough to be at Hogwarts, this is the closest we can come to invisibility thus far. Neuroscientists from Sweden’s Karolinska Institutet gave 125 study participants the illusion of being invisible. Participants in the study wore a head-mounted display, which streamed a video of empty space. At the same time, scientists waved a paintbrush mid-air beneath the camera while brushing the participant’s skin. Participants felt the brushstrokes and saw the paintbrush waving in the empty space, making them believe they were invisible. Silly Muggles! 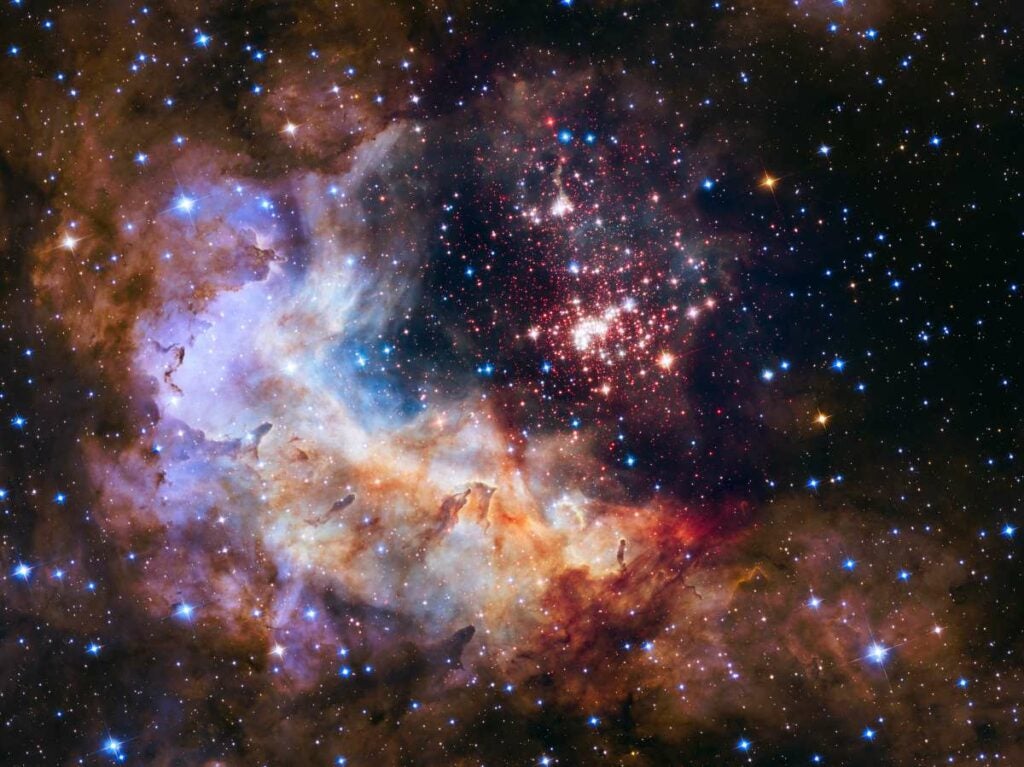 Twenty-five years ago this week, the Hubble launched into space. Over the last quarter of a century, the telescope has circled Earth more than 135,000 times, giving us beautiful images of our universe like this gorgeous 25th anniversary shot. These fireworks of the cosmos are actually a huge group of about 3,000 stars called Westerlund 2. Approximately 20,000 light-years away, this cluster contains some of the hottest, brightest, and largest stars in our galaxy. In this breathtaking image the most massive stars are unleashing a “torrent of ultraviolet light and hurricane-force winds that etch away the enveloping hydrogen gas cloud.”
galleries
images
images of the week
IOTW
pictures