Buzz Aldrin Reveals His Secret “Scoops” About The Moon Missions

The moon landing was real, but that doesn't mean the Apollo astronauts don't have secrets 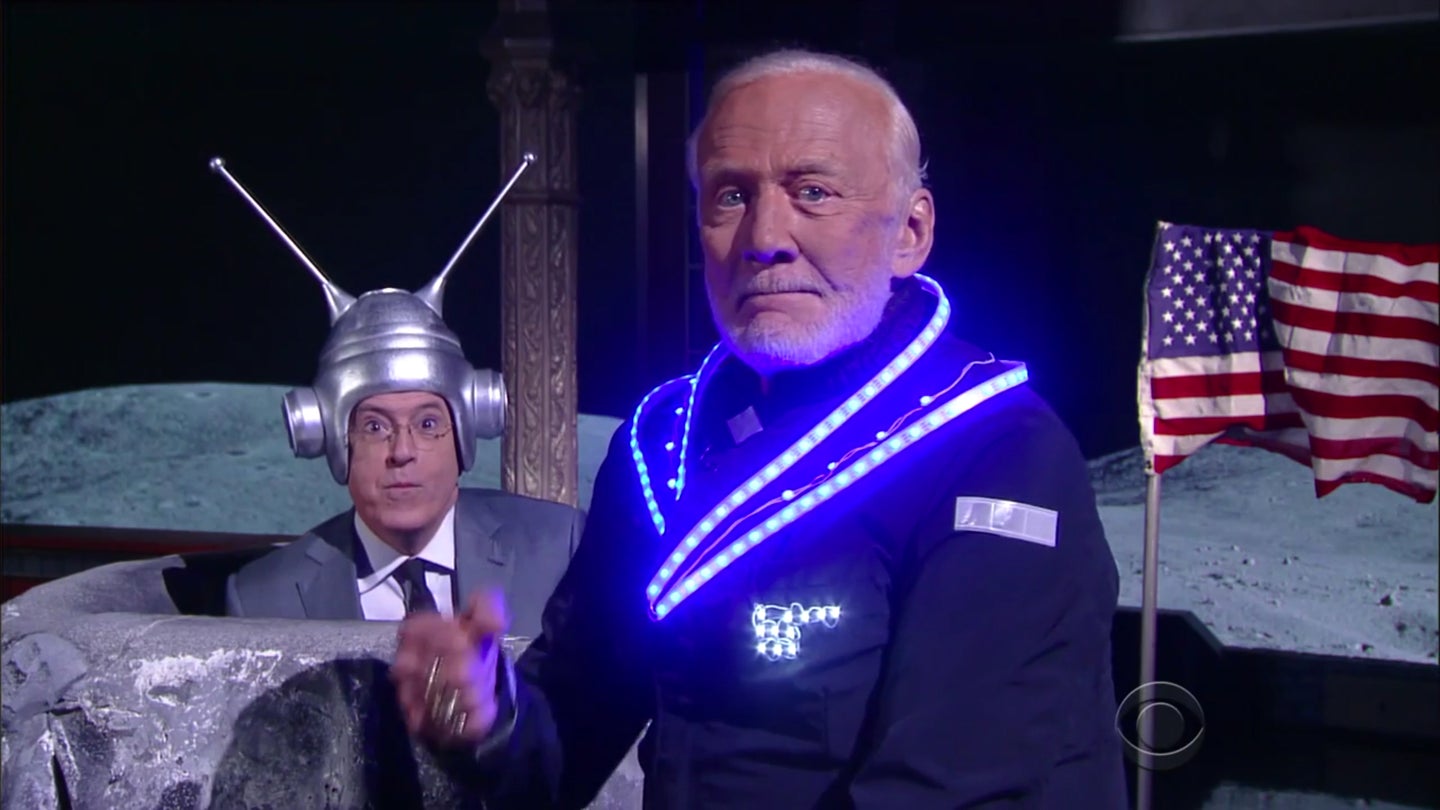 On last night’s The Late Show with Stephen Colbert, Apollo astronaut Buzz Aldrin appeared to promote his new book No Dream is Too High: Life Lessons From a Man Who Walked on the Moon. Right off the bat, the second man on the moon revealed to Colbert that the moon landing was, wait for it: real.

Aldrin does have a few (hilariously fake) secrets to share about his time on the celestial body, though, which he’s calling “Buzz Aldrin’s Moon Scoops.” Watch and laugh along—we here at Popular Science certainly did.

Read more: China Aims For Humanity’s Return To The Moon In The 2030s