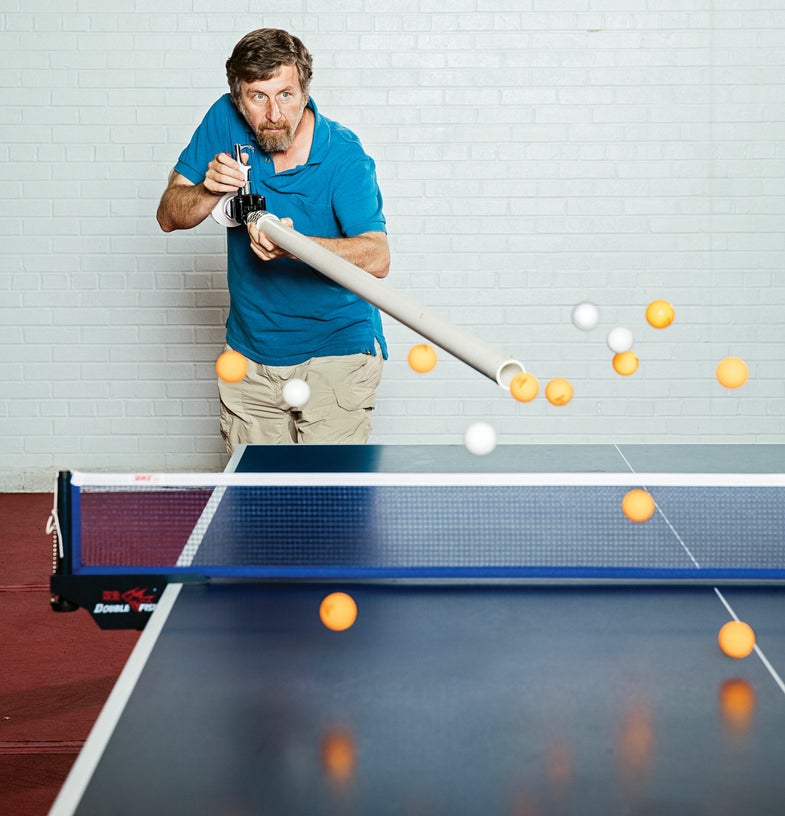 A world-class table-tennis player can smash the ball at almost 70 miles per hour. From my experience, it is darn difficult to return the ball at such speeds. Imagine a shot delivered more than four times faster—could even the best player hit it? To find out, I designed a ping-pong cannon that shoots balls at nearly half the speed of sound.

The cannon’s power comes from Boyle’s Law, which (simplified) says that pressure is inversely related to volume. For example, if you put the air in a small reservoir under a lot of pressure and then release it into a larger one—such as the barrel of a gun—the pressure will drop. This causes the air’s volume to expand instantly, shooting out any objects, like bullets, sharing that space.

Boyle’s Law was also used to great advantage in one of the most historically important air guns of all time: the Corps of Discovery Air Rifle. It was wielded by the Austrian army at the turn of the 18th century but became best known as the weapon carried by Meriwether Lewis during the Lewis and Clark expedition of 1803-06. His rifle can still be seen today in the Virginia Military Institute Museum.

I built my own take on Lewis’ weapon out of PVC piping. A small piece of pipe serves as the air reservoir. A water-sprinkler valve, which costs about $15 at the hardware store, controls the opening. I connected the valve’s top cover to my air compressor’s blowgun attachment. Then I pressurized the reservoir by adding air with a bicycle pump. When I pull the blowgun lever, it opens a port in the sprinkler valve, allowing high-pressure reservoir air to move into the longer PVC pipe that serves as the barrel. As the gas expands, it ejects a pre-loaded ping-pong ball.

Measuring the speed with a ballistic chronograph, I recorded velocities greater than 300 miles per hour. So could a great table-tennis player actually return a serve at this speed? I recruited a volunteer and pressurized the cannon—check out the video at the end to see what happened.

Build Your Own Ping-Pong Cannon

This device shoots a ping-pong ball at high speed, and it’s not hard to build. I don’t recommend you actually try to incorporate it in your table-tennis practice unless you dial way back on the air pressure. With more than, say, 10 psi in the pressure reservoir, you don’t want to be anywhere near the muzzle end of this shooter when it fires.

Use your head, wear eye protection, and proceed, as always, at your own risk. PVC manufacturers do not recommend compressed applications for their product. While I have never had a problem with the device at the relatively low pressures described here, it can be dangerous. So use PVC at your own risk—or you can substitute steel pipe for the plastic.

Part One – Modify the Sprinkler Valve 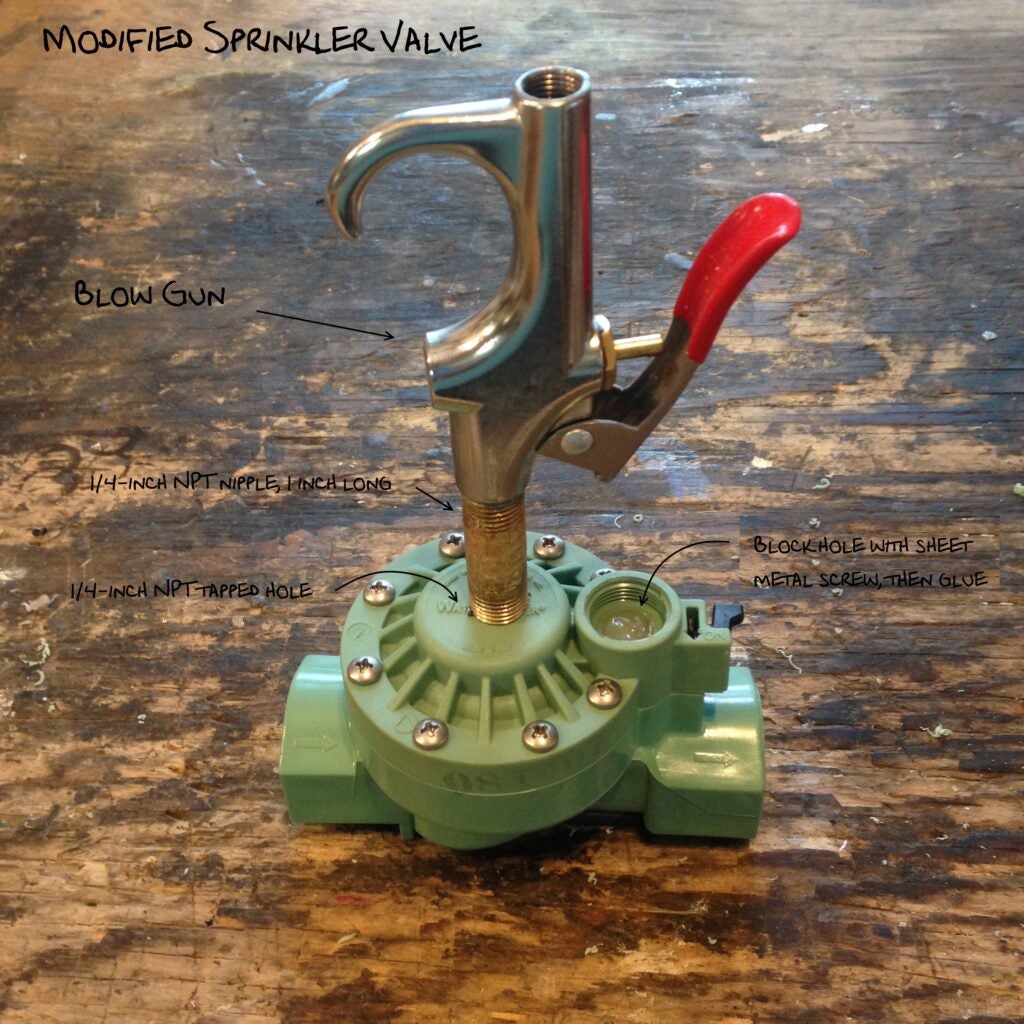 This article was originally published in the November 2015 issue of Popular Science, under the title “I Built a 300 MPH Pingpong Cannon.”