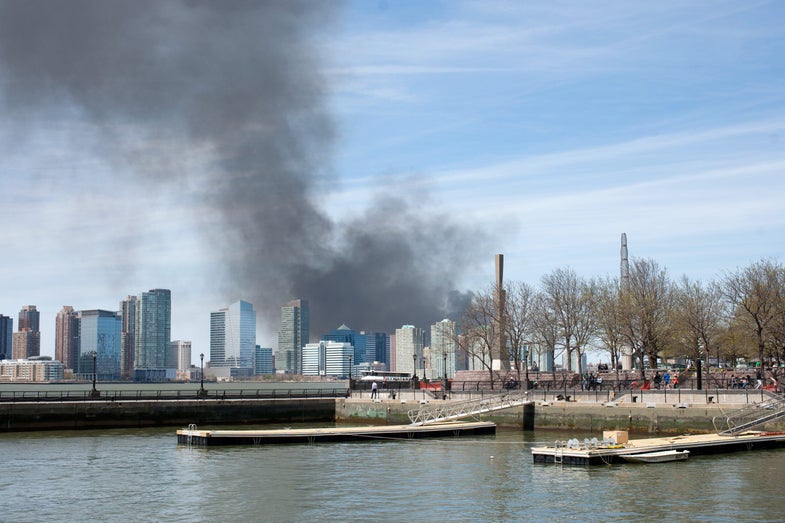 Here in the United States, when we think about brush fires, we think about wildfires out west, the kinds that tear through hundreds of acres of wilderness over days. But brush fires can happen anywhere–including just across the river from New York City.

The fires in Secaucus and Kearny, NJ, shut down service on New Jersey Transit and on Amtrak’s Northeast corridor, cutting off train service between New York and Philadelphia.

While the roads remain open, both smoke and flames were a little too close for comfort for people driving on the New Jersey Turnpike.

The identity of the spark that kindled these particular flames remains a mystery, but we do know why the fire got so large, so quickly.

Earlier today, the National Weather Service issued a red flag warning affecting the ‘entire tri-state area’ including New Jersey, New York, and Connecticut. The advisory warned that throughout this afternoon and evening, winds will be gusting and the humidity will remain so low that any fire that occurred in the area could rapidly ignite the dry fuel (vegetation) in the area, causing a fire to spread quickly.

While this is a serious brush fire, it is small in comparison to the massive wildfires that tore through North America last year. Last year a record 10.1 million acres burned in the US alone, and researchers worry that the number could go up as global warming stretches fire seasons out for longer and longer periods.