Science we can get behind 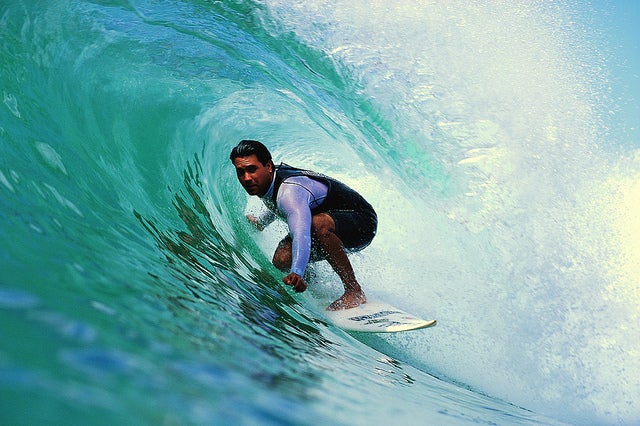 One way or another, everything ends up in the ocean. That includes antibiotic-resistant bacteria, which are on the rise and endangering human health worldwide. So how do those bacteria affect people who drink a lot of seawater? Researchers from the University of Exeter Medical School intend to find out; they have put out a call for surfers to volunteer for a study focusing on the bacteria in the gut, the BBC reports. For the project, which is being called “beach bums,” the researchers will swab the rectums of 300 surfers to investigate which kinds of bacteria inhabit their guts.

People are exposed to antibiotic-resistant bacteria in a number of different ways, such as person-to-person contact, food, and travel. In a previous study, the Exeter researchers found that people also encountered resistant bacteria by swimming in the ocean, likely from human and animal sewage. People in the water are exposed to the bacteria in varying degrees based on how much water they swallowed. Surfers, it turns out, ingest the most—about 10 times more water than regular swimmers.

But scientists don’t really understand how the resistant bacteria spread outside confined environments like hospitals, or how exposure to them affects human health. For this study, researchers are investigating the latter point—specifically how superbugs affect the bacteria that populate the human gut, which in turn affects the human immune system.

By comparing the surfers’ bacteria to those of people who don’t spend much time in the water, the researchers hope to get a sense of how the superbugs affect the microbiome. The researchers intend to publish their findings in 2016. So, if you’re a surfer who might have swallowed too much seawater, get your butt in gear!