BAEck to the future 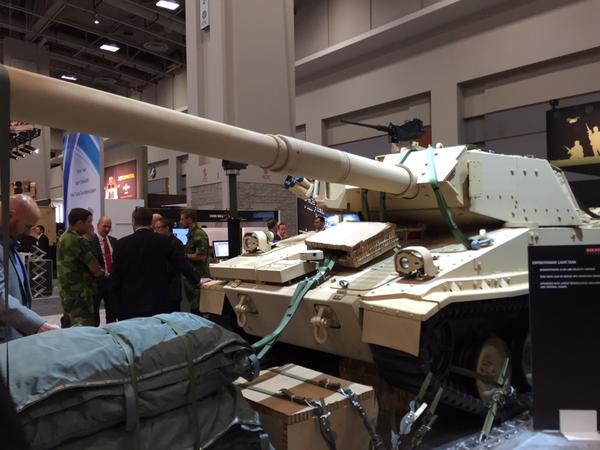 Last week, defense contractors from around the world gathered to show off their latest wares at the Association of the United States Army conference in Washington, DC. British Aerospace Engineering, a defense giant better known as BAE, brought a tank. The “Expeditionary Light Tank” was built to Army specifications for a vehicle that can fit inside a cargo plane, parachute into the field, and drive within minutes of landing. Only there’s a twist: instead of a brand-new design, this one was first designed in 1995.

The reason a 20-year-old tank design ended up at a modern military exhibition has a lot to do with how it came into existence in the first place. In the late 1980s and the early 1990s, the United States Army was looking for a tank to replace the Sheridan, a Vietnam era light-tank that could parachute from airplanes and fire a deadly salvo of missiles. The program was cut in 1996 for budgetary reasons, but not after six prototypes had been built.

BAE’s Expeditionary Light Tank is one of those prototypes, and received the designation M8. It turns out, the Army is still looking for that next light tank, so BAE brought their tank to the show to demonstrate that the model they have from back then is basically good to go. As light as 18 tons when configured to drop from the sky, it can be fitted with additional armor that brings its weight up to 24 tons. It runs on a 550-horsepower diesel engine, takes a crew of three, and can fire 12 rounds a minute from its 105mm cannon. To keep it light, it uses rubber tracks, instead of the metal ones common to heavier tanks.

The Army has kept a light tank in its plans for the future, should future budgets someday allow it. BAE told Popular Science that by bringing their light tank to the show, they were explicitly trying to “start the conversation” about meeting that need. It certainly doesn’t hurt that they had a tank design ready-made. Besides, where it’s going, it doesn’t need roads.