Japan Is Giving Away iPads To Millions Of Elderly People

Keeping seniors sharp with a digital window to the world 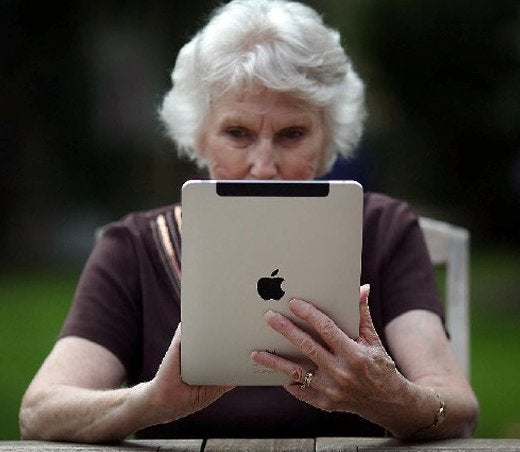 Today, tech giants Apple and IBM, along with Japanese post office conglomerate Japan Post Group announced that they will be teaming up to bring iPads and custom apps to Japan’s elderly population. The iPads will come fully loaded with the typical apps used for communication, such as iMessage and Facetime. But they will also include apps specially designed for seniors, reminding them to take medication and giving them access to community support services. After piloting the technology, Japan Post Group plans to expand its distribution of iPads in stages, eventually putting them in the hands of 5 million seniors by 2020.

Though the elderly are not usually the biggest adopters of new technology, seniors have been snatching up iPads for years. The devices are intuitive enough to seduce even the least tech-savvy grandparent into flipping through photos and zooming in on small fonts. But the iPads can do more than provide entertainment–they can prevent the elderly from feeling isolated, or keep their minds sharp with special apps. In Japan, this need is particularly acute, as 25 percent of the country is over the age of 65–the highest percentage of any country in the world. And that number is rising, not only in Japan, but also around the world.

The three organizations behind the initiative are hoping that they can help address some of the public health concerns that seniors face, but also that the initiative will provide an economic boost to the country. “We are joining with two of the world’s most respected leaders in technology to bring our elderly generation into the connected world, expand our businesses by deepening relationships, and discover new ways to strengthen the fabric of our society and economy,” said Taizo Nishimuro, CEO of Japan Post Group, in a press release.