How synthetic biology could transform opiates 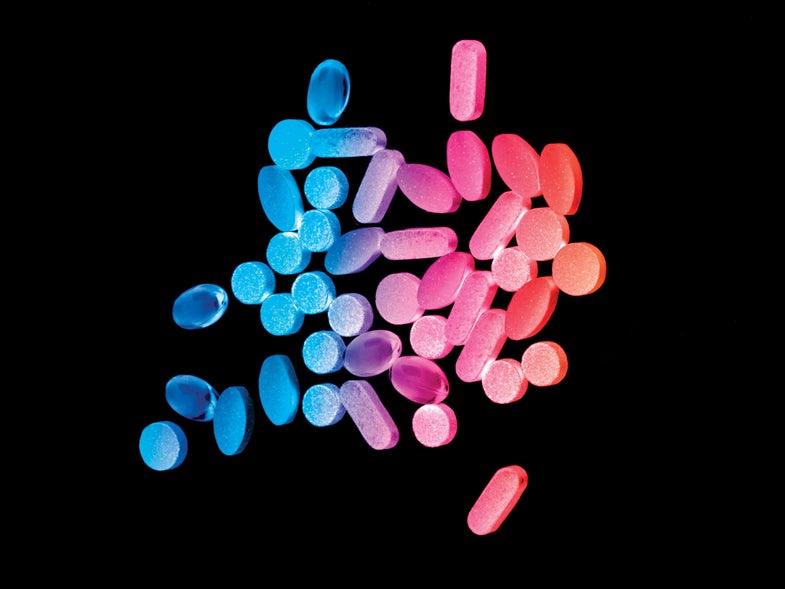 This past August, Stanford bioengineer Christina Smolke announced a first: Her team used brewer’s yeast—the stuff in beer—to produce a precursor to oxycodone and the active ingredient in Vicodin, two of the world’s most popular painkillers. By splicing 23 genes from plants, animals, and microbes into yeast DNA, she says, “We created a chemical assembly line.”

Predictably, the achievement caused a stir. On the one hand, it was a significant breakthrough. Opiates are useful and highly sought-after painkillers. Yet their manufacture still begins with physically scraping sap from the seedpods of opium poppies. That makes them expensive and limited. Smolke’s method breaks that process open in a big way.

On the other hand, democratizing drug manufacture sounds scary. “People are trying to figure out potential abuses of this powerful technology,” says Kenneth Oye, a political scientist at MIT. “It is hard to put stuff back in bottles after the fact.” In theory, once Smolke refines the process, anyone with an undergraduate biology degree could start an underground dope lab. Picture Breaking Bad but with yeast. Drug agencies, Oye says, are not remotely prepared to handle a flood of synthetic opiates.

The truth is, they don’t have to worry for some time. In its current form, Smolke’s yeast is still proof-of-principle. The yield is so low that you’d need 4,400 gallons of it to make a single Vicodin pill. That said, the process will become more efficient, as every process does, and when that happens some regulation needs to be in place. “We don’t want to get caught flat-footed and suffer a moratorium on exciting research,” says John Dueber, a synthetic biologist at the University of California at Berkeley.

In the meantime, scientists will continue to coax painkillers and other drugs from yeast. Synthetic biologists already have a target list of thousands. They will also try to improve and customize the drugs we have. By modifying yeast, scientists could in theory use it to produce less-addictive painkillers, resistance-proof antibiotics, and even drugs to combat cancer. “Plants have never made the ideal medicine; humans just adapted them,” Smolke says. “Now we can go beyond that to build better medicines.”

This article was originally published in the December 2015 issue of Popular Science, under the title, “How To Brew A Better Painkiller”.