Stopping Infection in the Locker Room

Good hygiene should be part of every team's playbook 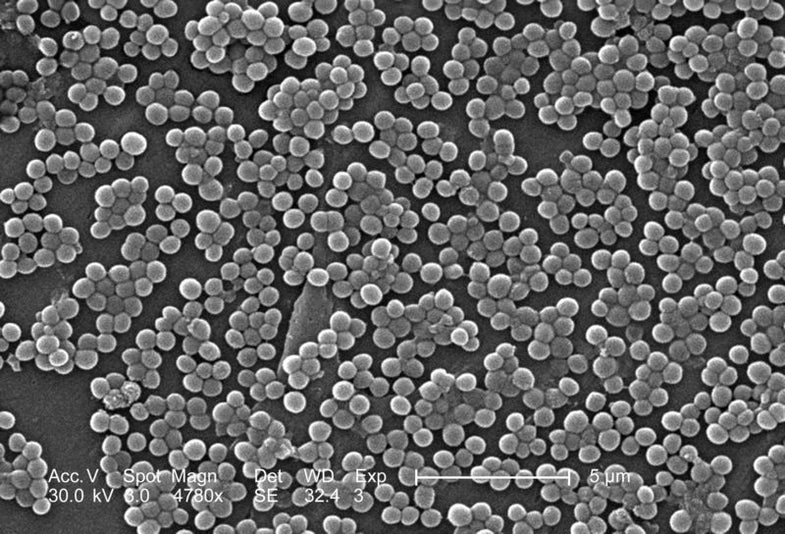 Scientists are working on alternative ways of fighting the staph superbug. CDC
SHARE

When Kenny George, a seven-foot center on the University of North Carolina-Asheville basketball team, recently contracted a staph infection, requiring part of his foot to be amputated, only his teammates and family blinked an eye. But when reports surfaced that Peyton Manning required knee surgery due to a similar problem, fantasy owners and the sports world took notice.

Staph infections are nothing new, but they’re not going away. The operating room has long been a source — but increasing attention is being paid to the locker rooms. Football and hygiene are hardly synonymous. But after a 2003 outbreak of staph infections amongst the St. Louis Rams required intervention from the Center for Disease Control (CDC), teams looked to clean up their act. Used towels, dirty showers, hot tubs-and even artificial turf were identified as potential hosts for bacteria in communal athletic environments, which, unlike hospitals, are rarely regulated by health authorities.

Companies like CleenFreek have worked on developing an array of preventative products. Towels ($13, good for 100 washes), shower sandals ($25), and floormats ($25) are all treated with an antimicrobial to kill bacteria. It prevents odors and attacks staph and the more severe methicillin-resistant Staphylococcus aureus (MRSA) which is resistant to most oral antibiotics and often requires hospitalization. MRSA has been contracted by many of the Rams. A wash-in detergent is also available, that when added to a normal rinse cycle, once every 75 washes, coats everything from jock straps to jackets with the antimicrobial agent. A surface protectant (not just a one-time cleaner) can be used as a long-lasting barrier for workout machines, floors, artificial turf, or any high-risk surface. The company even offers nasal swab testing ($25-$35 per player) to determine which athletes are carrying the bacteria asymptomatically (this could be one-third of population, according to CleenFreek). A positive test could be treated with an antimicrobial nasal gel.

Despite prevention methods, the slightest rug burn can result in nasty infections, time on the bench, and in the extreme 2003 case of Lycoming College wide receiver Ricky Lannetti, death. Better care for wounds (cleaning, bandaging) and hygiene habits (shower before hot tub, not sharing towels) are being emphasized, but not enough. Perhaps the cause needs a Lance Armstrong-like figure to raise awareness and funding. Hmm, Peyton Manning has never shied from television spots.