How accurate are tennis calls? 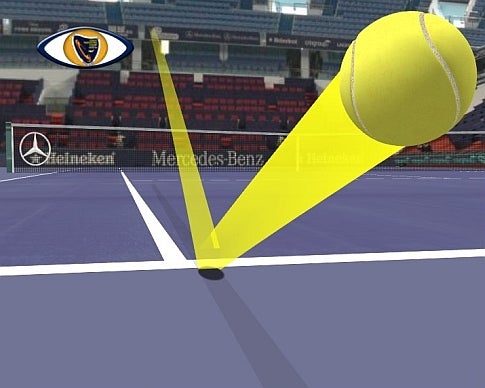 Just how often were McEnroe’s tirades justified? A detailed analysis of two years of challenged calls in tennis using the Hawk-Eye replay system shows players got it right about 40 percent of the time. Published this summer in the Proceedings of the Royal Society B, the study suggests both players and linemen have an impressive accuracy of just over 1.5 inches. In 94 percent of the challenges, the ball was within three inches of the line.

Surprisingly, players challenged calls from the other side of the court an equal amount, and both players and linesman were less accurate calling balls on the baseline and service line than on the sidelines or center line. Players who challenged less weren’t found to be more or less accurate than their counterparts, so don’t go home with a challenge in your pocket.

Hawk-Eye is a camera-based system that got its start in cricket. For the past two years it’s received rave reviews from even the harshest pundits (cf. McEnroe). Using triangulation methods, Hawk-Eye claims an accuracy of 3.6 millimeters when taking into account a variety of potential adverse conditions. The company was in the midst of developing a system for soccer when FIFA suddenly pulled the plug.