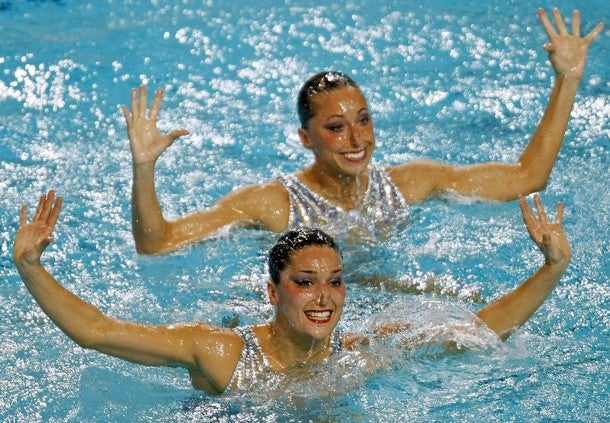 How did the heck did we miss this one? When profiling the science behind synchronized swimming we covered everything from hair products to underwater speakers. But the technology making a buzz in the pool at Beijing is actually a set of underwater lights – get this – attached to the swimsuits.

“It got very sophisticated because obviously the battery doesn’t last long and then we had to look at circuits and interrupters, so we have been working on it around two months with a crack team,” swimmer Andrea Fuentes told Reuters.

The Spanish team was told they would be unable to wear suits embedded with waterproof lights by the sport’s governing body. Spain argues the reflective capability of fourteen pounds of sequins plastered on other ‘uniforms’ is equivalent to a few dinky lights. And some argue this isn’t a sport?