Okay, it's not an official event -- not yet 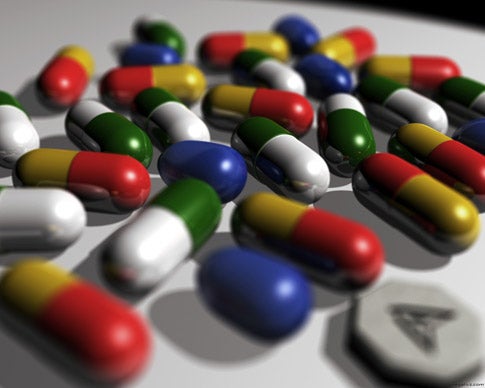 Who’s Got the Drugs?

Anybody notice something missing? Where are all the drugs? Despite all the attention going into the games, Beijing has been relatively clean (air pollution not withstanding).

The size and scope of the Beijing Olympics has bordered on intimidating. In developing the drug-testing protocol for the games, organizers hoped their comprehensive plan would have a similar effect. The number of tests has increased from 3,600 used in Athens to 4,500 in Beijing. At a minimum, the top five finishers are tested, and athletes can be tested more than once a day at the 41 different testing locations. More than 1,250 tests were conducted pre-competition (800 urine and 450 blood tests). Positive results have been infrequent to date, though a North Korean air rifle competitor tested positive for a steroid known to minimize shaking, and was stripped of his medal. Guess there can be a Steroid Era in any sport.

Gym In A Pill

Couch potatoes rejoice. The next generation of performance enhancers are being tested on mice. Researchers at the Salk Institute found that a small amount of exercise combined with a pill containing GW1516 to increase the activity of PPAR-delta resulted in mice that could run twice as far as their undrugged brethren. The drug essentially tricks the body into thinking it actually worked out. Extrapolating from mice to humans would be difficult, but WADA has been made aware and the researchers are developing a detection method.

The Jokes Write Themselves

While you wouldn’t associate Viagra with Olympic athletes, given the reputation of the Olympic Village, you never know. Either way, the World Anti-Doping Agency conceded before the games that they didn’t have enough evidence to ban the drug. The concern from WADA is regarding rumors that it was being used to enhance aerobic performance on the field, rather than in the bedroom.

Many in the world of cubicle monotony understand the need for a cup of joe to get through the day. Apparently a lot of the best athletes in the world need a similar kick. A study in the International Journal of Sports Medicine reports that one third of track and field athletes and 60 percent of cyclists reported using caffeine before competition, which is legal according to WADA. Along with old-fashioned coffee, athletes are using energy drinks and pills to help increase performance. WADA claims much of its research shows caffeine is actually detrimental to performance.