A Breathalyzer Test For All Sorts Of Drugs 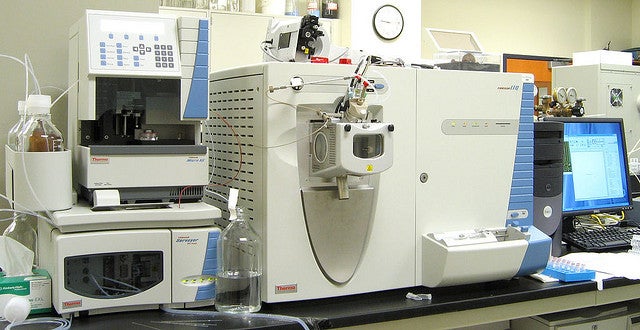 Employers mandate workplace drug tests, with the caveat that the results aren’t foolproof. The Internet abounds with workarounds or questionable methods that might alter the results of a urine test; other times the tests themselves are faulty, producing false positives or negatives. A new technique uses a sample of exhaled breath instead.

In the traditional mass spectrometry urine test, molecules in a sample are given a charge then separated out by their weight so that they can be identified by their unique spectral signature. A researcher doing mass spectrometry can check a urine sample for particles of any drug that they know the signature for, which usually includes marijuana, amphetamines, cocaine, and other narcotics.

The researchers found that many of these drugs could be detected in mass spectrometry of exhaled breath just as easily as in urine. The breath analysis is more sensitive than the urine tests, picking up on even smaller concentrations of drug molecules.

Exhaled samples could be useful to employers with company policies that prevent urine tests. They can also provide a more ephemeral snapshot of drug use, which could help authorities assess if people are under the influence of drugs at a particular moment, like if an incident occurs while someone is driving or operating machinery. Mass spectrometers aren’t yet small enough to be used on the go, like a handheld breathalyzer, so until they are, breath samples can be stored for up to a week till they’re analyzed.