The toddler stage of robotics 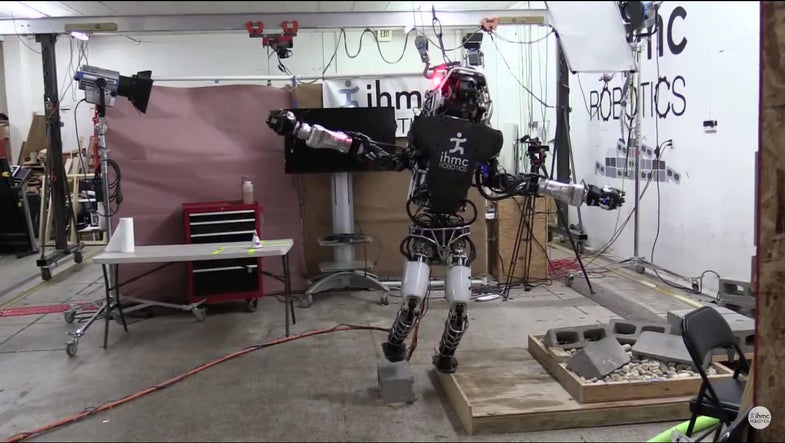 It’s not easy standing on two legs. Humans, who are fairly good at it, start crawling on four limbs, then have an entire developmental stage named after how wobbly they are when walking. Like toddlers, bipedal robots are in an intermediate stage, with some stunning success and comical failures. This week, the Institute for Human and Machine Cognition (IHMC) tested the ability of a Boston Dynamics built Atlas robot to balance on one leg. It worked!

The Atlas robot is standing on a plywood board less than an inch thick. The balance algorithm came from the IHMC, and relied on data from sensors built into the Atlas robot. Balancing on a thin blank is no easy task. Fortunately, even when Atlas gets knocked down, it has a pretty good record of getting back up again.