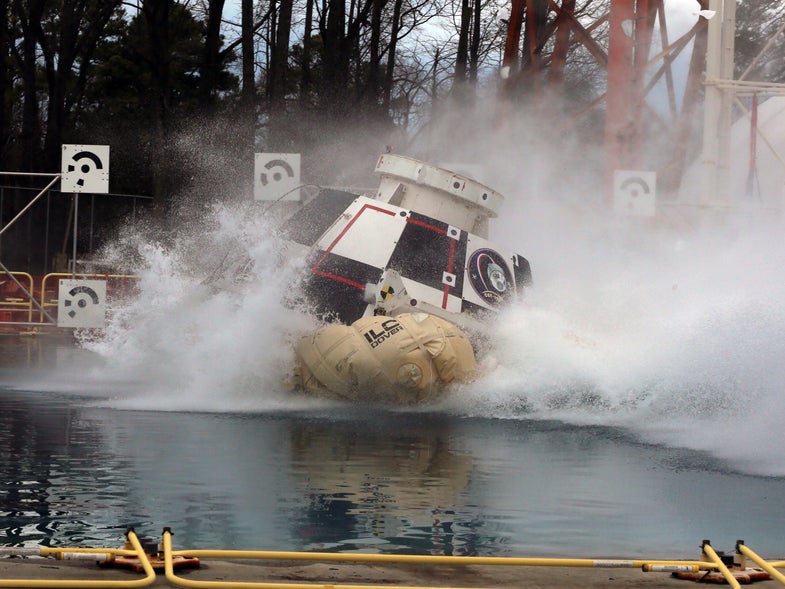 Boeing and SpaceX are racing to become the first private companies to carry astronauts into space, as early as next year.

And although SpaceX is generally considered to be leading the race (it already delivers supplies to the space station), Boeing shouldn’t be underestimated (the company built most of the International Space Station).

After carrying astronauts to space, Boeing’s crew capsule, the CST-100, a.k.a. “Starliner”, would use parachutes to land softly on the ground. But in some emergency situations, it might need to land in water, which is why the company recently dropped the Starliner into the 20-foot-deep pool at NASA’s Langley Research Center.

Boeing performed similar tests in August 2015–watch it get flung from a crane:

Engineers like to do these tests from different heights and angles to account for all scenarios. No word yet on how the Starliner performed, but chances are, if it’s built to handle going to space and back, it can handle a little water.